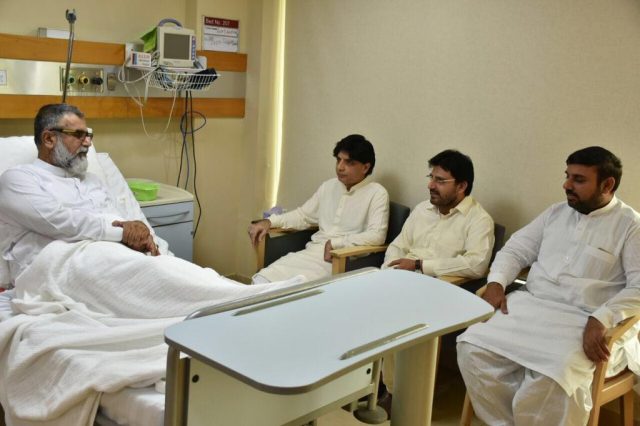 The narrative of Fake Liberals like Jibran Nasir is to always equate Sunni and Shia spiritual ritual practices of Azadari with Deobandi terrorism. The PML N government and Interior Minister Chaudhary Nisar are actively fulfilling this agenda. Even a brief and minor crackdown against their Sipah Sahaba/ASWJ allies in Punjab has to be balanced by the crackdown on innocent Azadar organisers and permit owners.

“Major decision was ban on zakir from leaving his town during Muharram. While farooqi roams free. Several shia youth who arrange majlis and jaloos are jailed and FIRs on them for disturbing peace.”