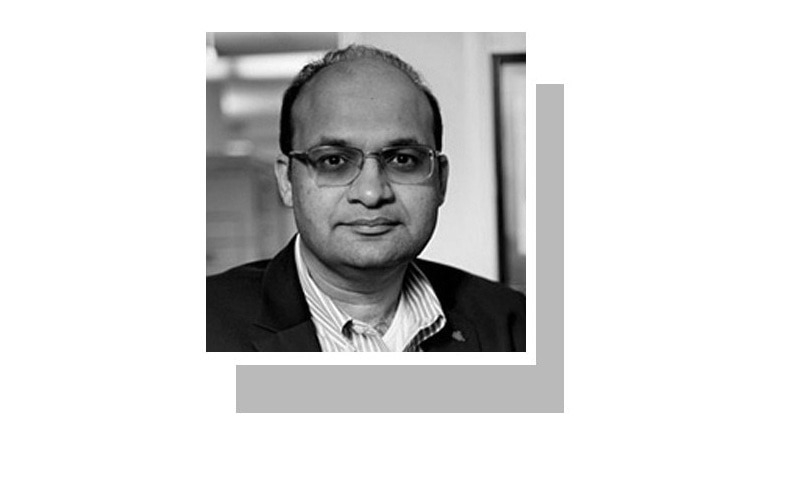 ON July 19, newspapers reported that a married man who was having an affair was killed in an ‘honour killing’ allegedly by the relatives of the woman he was involved with. One report described the murder thus: “A man died on Monday after five attackers chopped off his arms, lips and nose, taking away his severed limbs with them.”

A few days earlier, social media celebrity Qandeel Baloch, was strangulated to death by her brother who confessed his crime. Again, the reason given was ‘honour killing’. The brother did not like some videos which showed her dancing in revealing outfits and disapproved of her recently surfaced photos with a cleric. Up until now he had no problem living off the money she made but his ‘honour’ was challenged by the latest set of video and photo revelations.

The Human Rights Commission of Pakistan reported that more than 1,000 women were murdered in the name of ‘honour’ in 2015.

Two questions arise: why does ‘honour’ get provoked so easily in Pakistan and why does it lead to murder so often?

Feudal roots, illiteracy, the domineering position of overt religiosity in society, weak institutions and a wobbly law and order situation are all factors but these have been around for a long time. The new entrants are the rising intolerance and the narrowing of the mainstream of thought in Pakistan. Anger is triggered by the slightest deviation from the ‘norm’ and from what is expected of a person in a given situation. Some overarching ‘sense’ is outraged. The higher ‘principle’ invoked might vary from situation to situation, but the general trend remains. Something somebody says or does offends someone’s sense of sanctity of honour, tradition, morality, religion, sect, ethnicity, tribe, gender, nationality, patriarchy, or family. At the minimum they rant and rave on social media about how they are ‘outraged’, but, quite often, they take matters into their own hands and want to teach a lesson.

If many people are angry and they happen to be together, violence ensues easily. About six years ago, two teenagers were beaten to death by an angry mob in Sialkot. People thought, at the time, that these kids were robbers. They were not. But even if they had been robbers, is that any reason for beating them to death? Morality was invoked and the resulting anger, easy to see in the videos of the event, led to the merciless and cruel beating of the two boys. Policemen stood by and watched the whole incident.

There have been attacks against many on the basis of who they are and what they stand for. Women, the transgender community, religious minorities, ethnic groups and certain sects have all faced the brunt. We have lost more than 50,000 people to incidents of terror. Our mosques, mausoleums, schools, colleges, shopping malls and bazaars have been attacked by Deobandi terrorists. The cost of ‘outrage’ has been monumental.

Why does it matter if one person or even if many people feel outraged at what another has said or done? Unless there is an imminent physical threat, incitement to hatred/violence, why should a person’s or even a nation’s outrage matter? And if it does, there are laws and legal institutions for prosecution. How did we come to the point where people feel they can take the law into their own hands?

This is where I believe the rot has happened over a long time and where all of us are guilty: we have led and followed each other down this path. When people raised issues about not having Urdu as the only national language, we responded by calling them unpatriotic and resorted to violence. When people asked for provincial autonomy, we did the same. We decimated the left after calling them anti-Islamic. We did and do the same to secularists. When the state responded to a situation through violence, whether through illegal detentions, disappearances, custodial deaths or pre-emptive strikes, we stood by quietly.

We have used religious sects, political parties, and different ideologies against each other to further the aims of the state (national unity/ strategic depth). How can we today expect that all of this will not lead to a narrowing of the mainstream, rise in intolerance and a resort to violence when an ‘outrage’ is perpetrated?

Not only are legal and other institutions of the state weak, they stand compromised. We do not expect neutrality from them. If we are a ‘favoured’ sect or group, we expect active protection and support of state institutions when we commit violence in the name of any ‘larger’ objective that the state, tacitly or directly, endorses. I, as an individual, know state institutions for justice and law & order are weak and I have a good chance of getting away with murder. In any case I know my actions will not be condemned by a sufficient number. They may actually be supported by many similar-minded people. Violence and even murder become an easier option under the circumstances.

Media and educational institutions could have offered us a way out and been a paddle for us. But, at the moment, they are a part of the problem. Media, though quite free, in the race for ratings sensationalizes and adds to the frenzy. Our education system, based on poorly written textbooks, rote learning and dependent on teachers who have come through the same system, produces narrow-minded individuals. If there is going to be a change, media and educational institutions will have to be in the vanguard. But the question is: how will change come?

Lest we forget, the problems are not just the lack of deterrence effect of punishment or probability of getting away with the crime, the self-righteousness of individuals/groups, narrowing of the limits of acceptable behavior, reduced tolerance and the acceptance of outrage as a justification of violence are the culprit. The latter have happened over decades and with the connivance or acquiescence of most people in the country. We are reaping what we have, so carefully and willingly, sown.