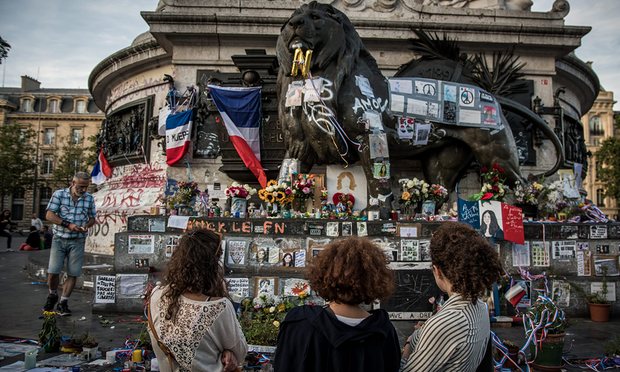 As our hearts wail and mourn in the wake of the tragedy in Nice, these are some of the reactions that I have found it painful to hear in the hours since the attack.

NO RELIGION IS CAPABLE OF SUCH ATROCITIES: What baloney! Religions have always held power to motivate their adherents to commit atrocities. In today’s world there is only one ideology that can inspire its followers to commit these atrocities with a sense of religious justification. It’s Wahhabi (Deoabndi Salafi) Jihadism.

Not long ago, the West helped globalize it as a counterweight to communism in many parts of the world. And it is still having trouble in fully grasping the venom of an ideology it helped transform from using religion to advance a political vision (a la Maududi, Qutb, Iqbal, Pakistan Army) to using politics to advance a religious vision (a la Saudi Rulers and ideologues).

We must accept that those who adhere to this ideology have developed an entirely different moral code. A moral code that can drive someone to slaughter their fellow citizens – and believe they deserve it. A moral code that inspires them to kill their co-religionists and infidels with equal ease.

It is imperative to understand that what we are facing here is an interpretation of Islam which -while some may argue, follows a flawed reading of the religion- has its own rich scholarly tradition dating unmistakably from the thirteenth century.

TERRORISM IS A SECURITY ISSUE: Wrong. Terrorism is essentially a war of ideas that must be combatted at all levels.

Everything about this attack reeks of a rabid ideology. It happened on a day which celebrates the French, and western, values of democracy and fraternity. It targeted families, including children and babies, at a moment of joy and relaxation. It targeted a city which symbolises France as the world’s most popular tourist destination and a beacon of joie de vivre.

That it is a battle of ideas is borne out by the fact that more and more of such attacks (e.g. Orlando, Nice) are being carried out by ‘lone wolves’ not directly controlled by the ISIS or another Jihadist group. That’s scary, isn’t it?

THE PREPETRTORWAS A MADMAN: Unless the driver just woke up and thought ‘Today I’ll drive a truck into a crowd of people for no reason’ it’s fairly likely he was motivated by something else, and had found a source for that hate.

Yes, he knew fully well what he was doing and was chanting ‘Allah o Akbar’ as he drove his monstrous vehicle on to women and small children.

France is a country of mild Catholics and priests who do religious services for the tradition, people have forgotten what religion actually is. It’s the country that was the vanguard of the modern conception of equal human rights.

This guy wasn’t insane, he did this because he honestly thought that this is what the creator of the universe wanted and that his reward would be eternal paradise. That’s not some kind of lunacy, it’s what people like this actually believe.
These are not madmen.

IT WAS ANOTHER ISOLATED INCIDENT: No it is not. It’s the third major attack in France alone in the past one and a half year.

BLAIR/BUSH ATTACK ON A IRAQ WAS A MAJOR BOOST TO TERRORISM: Who are you trying to fool? That Bush and Blair were wrong and malicious in their intent is beyond reasonable doubt.

But France? The fact that gets indubitably in the way of this line of thinking is that French weren’t involved in the 2003 Iraq War and were quite vocal in their opposition. Why France?