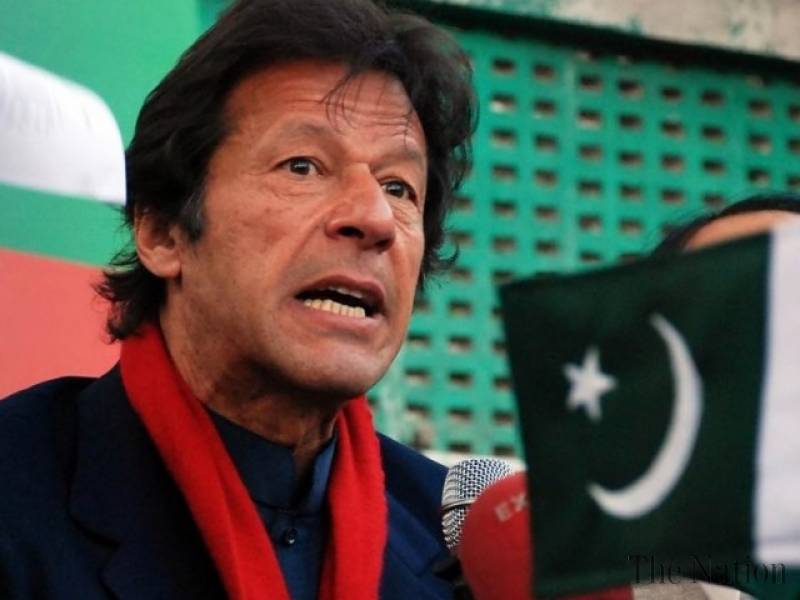 Just as it seemed like Imran Khan was set to lose the title of “Taliban Khan” for his ideological support of the militant group, the captain swooped down to reclaim his moniker in style.

The Khyber Pakhtunkhwa (KP) government allocated Rs300 million to religious seminary Darul Uloom Haqqania in its budget – the seminary that is colloquially known as the “University of Jihad” in the west.

Why would the KP government, which is affected most by religious extremism, give such large sums to an institute whose graduates include Mohammad Omar, the founder of the Taliban, and Jalaluddin Haqqani – who named his militant group after the seminary – along with several other notable terrorists, is beyond reason.

However, Imran Khan took some time out on Monday to defend this decision using the most nonsensical arguments ever uttered.

He claimed it is the KP government’s policy to “mainstream” religious seminaries because they house more students than government schools in many areas.

He hopes that the seminaries can change their syllabus to make their students more employable.
A great notion; however, there are a few major problems.

Firstly, the money is only being given to one infamous and extremist seminary, not the thousands of impoverished ones across the province.

Secondly, there is no talk of syllabus change; the money is being given without conditions and the seminary is incidentally using it expand its dormitories.

His other reasons as just as ludicrous; Benazir Bhutto and Wali khan visited that place one, and the seminary supported the polio immunisation drive.

So what if these politicians did? How does that endorse the seminary at all? It doesn’t; this is Imran hiding behind the actions of others.

The support for polio is commendable, but how does that merit Rs300 million, and why are other religious and secular institutes that supported the immunisation drive not part of this bounty?

The truth is, as Imran Khan said not once but twice during his interview on this matter; he “doesn’t know the details of why this money was given”.

These are his own words, he is clueless.

Yet he continues to defend the insane actions of his government without missing a beat.

The money is intended to please the radical right-wing vote bank of Imran Khan, plain and simple.

Any other ‘explanation’ is a bunch of lies.

Everybody does one thing or the other for their vote bank, it is politically necessary.

Yet giving Rs 300 million to the most notorious extremist seminary in Pakistan, and indeed the world, while bombs and bullets continue to rip through minorities is irresponsible.