Home  »  Original Articles   »   Alamdar road as I remember it 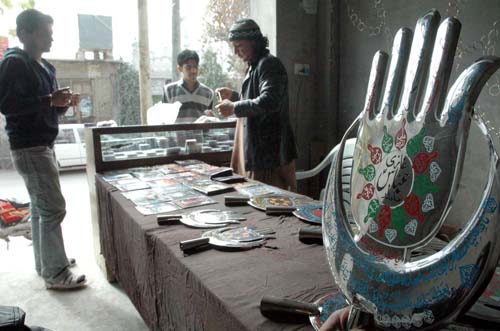 One of the few things I still like about Quetta is the name of the road our house is located on: Alamdar Road.

Alamdar Road’s old name was Barnes Road. But few people know how it came to be known by its current name.

It was none other than the legendary Allama Azhar Hasan Zaidi, that most wonderful speaker and human being, who saw an irony in the road’s old name. ‘This is a road of Imam Bargahs and fluttering Alams’, he is known to have once said during a Majlis, ‘it should be called Alamdar Road’. His audience loved the new name and started using it eagerly. Eventually, Barnes Road was officially named Alamdar Road.

In an increasingly Shiaphobic and intolerant Pakistan, not only Alamdar Road’s residents continue to resist the onslaught of hate and bigotry, so does its name. It continues to be a proud and unwavering symbol of a beleaguered but defiant identity. The Alams that earned the road its current name stand tall even today.

Alamdar Road is a custodian of the highs and lows of Pakistan’s checkered history – the palimpsest of a once tolerant Pakistan in its name, and the example of Pakistan’s grim present in its bloodied face.