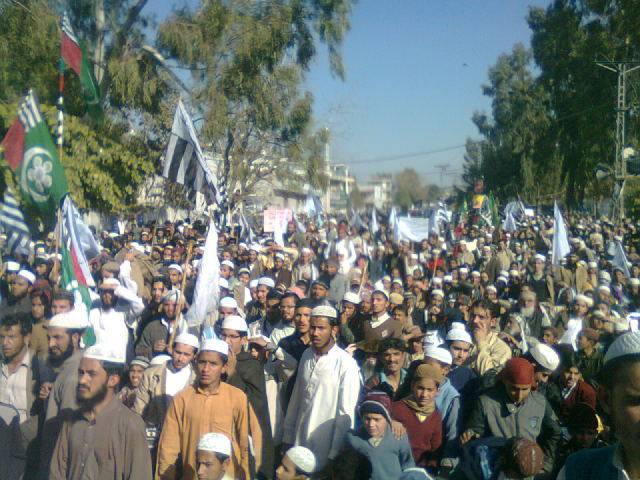 LAHORE: The unrelenting nationwide anti-Ahmadiyya campaign took a perturbing turn on Friday with a preeminent body calling for donations to curb Ahmadiyyat worldwide with an advert placed across all editions of a leading Urdu daily.

The move comes at a time when the National Action Plan (NAP)—which criminalises the proliferation of hate material—is being ostensibly implemented.  Press Council of Pakistan (PCP) Chairman Salahuddin Mengal told The Express Tribune that the aggrieved party could file a complaint before the council. He said the council would then refer the complaint to a pertinent committee following its filing. Mengal said the matter would then be presented before a judicial commission which had the power to impose a maximum fine of Rs10,000.

However, he said, the PCP was largely ineffectual—composed primarily as it was—of journalists who were inimically disposed to the prospect of action being taken against any media outlet. Salauddin said no newspaper had been fined since he assumed chairmanship of the council. He said the PCP could not take suo motu action on such issues.

The JA spokesperson said law enforcement agencies should take notice of such activities as they contravened the NAP. He said it was perturbing to see advertisements replete with hate being carried by a leading newspaper. Saleemuddin said the publication of the advertisement was unprecedented. He said an advertisement of such nature had never been featured in the media this prominently.

On the other hand, the JA spokesperson said, all newspapers had refused to carry advertisements from the community pertaining to why it had distanced itself from electoral exercises. He said the anti-Ahmadiyya advertisement constituted a question mark on the effectiveness of law enforcement agencies and the NAP’s efficacy. Saleemuddin demanded action against those responsible.

The advertisement called for munificent contributions to curb Ahmadiyyat and save Muslims from the community. Money was needed to establish seminaries the world over and publish the body’s weekly to counter Ahmadi propaganda, the advertisement stated.

The body said it also needed funds to finance cases across higher courts against the community and its adherents and spread anti-Ahmadiyya material in English, Arabic and Urdu. The advertisement stated that funds were needed to organise Khatm-i-Nabuwat conferences the world over, build religious sites across Ahmadi-majority Chenabnagar (Rabwah) and publish hundreds of anti-Ahmadiyya books. The advertisement also featured the names and particulars of prominent people affiliated with the body and its offices nationwide.