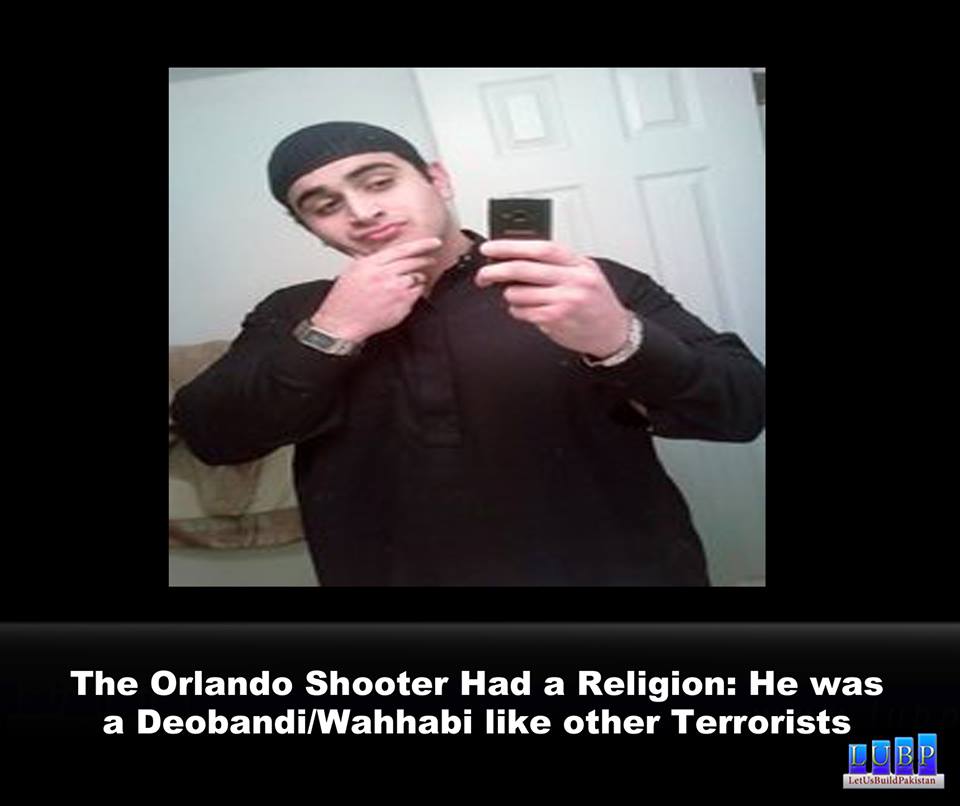 While mass shooting incidents always heat up the debate on gun control. The incidents in San Bernardo and Orlando shooting are a bit different. These incidents are similar to Boston bombing and Charlie Hebdo attacks in France. The motive behind these incidents was to create terror not some lonely mentally ill guy taking out his frustration.

Those who are linking these incidents to Islamic fundamentalism are in way correct. However, people need to understand that the biggest victims of these terrorists are peaceful Muslims themselves. Day before Orlando attack, ISIS bombed a market in Damascus killing dozens of Muslims because they do not bow down to ISIS and follow a different path. For a person in west, it is difficult to differentiate among peaceful Muslims and Islamic terrorists. Therefore, we can see Presidential candidate Donald Trump talking about banning all Muslims from USA until they figure out the problem.

Surely, 1.5 billion Muslims are not terrorists and the world cannot cut off from 20% of its population. We need to examine similarities between all the terrorist organizations that have been formed in the name of Islam.

Al-Qaeda, Taliban, TTP, ISIS, LeJ, ASWJ, Boko Haram and all other terrorist organizations have killed more Muslims than non-Muslims. The reason is simple, Islam has around 72 sects and these terrorists follow ideology of Deobandi/Wahabi and consider all other Muslim sects as infidels. Therefore, they are treat other Muslim sects the same as they treat anyone disagreeing with their ideology in west.

How did these terrorists become so powerful? The answer is simple. All of these terrorists orgs are being funded by regime sitting in Gulf countries especially KSA who share the same Deobandi/Wahabi ideology. Unfortunately, the Deobandi/Wahabi regimes in gulf have a lot of investments in USA and UN. Therefore, they can get away with this while whole Islam takes the blame.

More people in power especially in US will need to understand the difference between Deobandi/Wahabi sect of Islam and other peaceful Islamic sects. They say terrorists don’t have any religion but Islamic terrorists do and it is called Deobandi/Wahabi ideology. To verify this, please go through history of any terrorist and you will find that he/she is a Deobandi/Wahabi and not any other sect of Muslims as all other sects are against any form of terrorism.

Senator Ed Royce in USA is one of the few voices who has identified this fact and has hit the nail on its head by asking Saudi government to stop funding extremist Deobandi/Wahabimadarsas(seminaries). If he can find support and world powers can somehow stop Deobandi/Wahabi  regimes to stop funding terrorism, we would see drastic reduction in terrorist attacks across the world.

Note: one of the examples of Deobandi/Wahabi ideology is a news paper in Pakistan that is openly celebrating Orlando attacks with disgusting head line “50 Americans Roasted”(http://ummat.net/2016/06/13/page-1.php) . This shows no matter what profession they are in, Deobandi/Wahabi will remain terrorists.