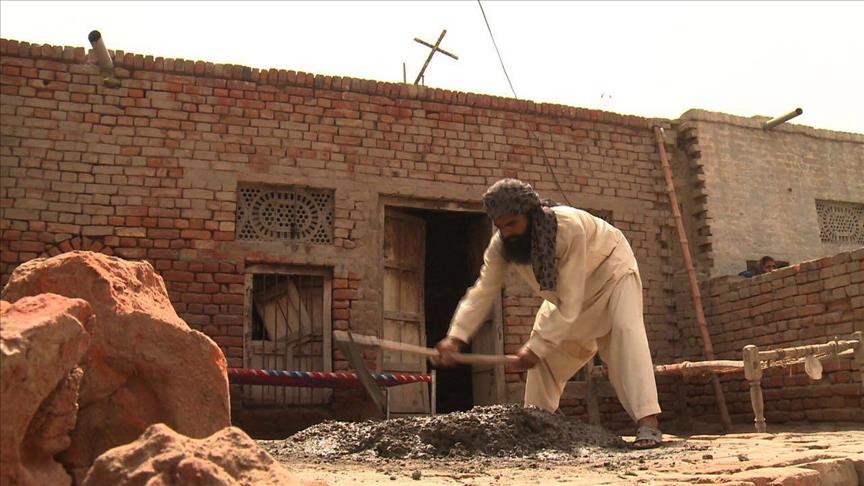 The initiative was begun shortly before Easter by a group of Muslims from a village in Faisalabad, Pakistan’s textile-manufacturing hub.

“There is a tiny Christian population in the village — only 20 families — who have no place to worship,” Fr. Aftab James, the local priest, told Anadolu Agency.

“Only days before Easter, the initiative was taken up by our Muslim brothers,” he said.

According to Fr. James, Christians of the village had to use someone’s home — or some other site — to perform prayers on holy days.

“Muslim residents of the town, however, offered to build us a chapel as a gift,” he said.

“We are thankful to our Muslim brothers for this wonderful gesture. It makes us feel proud,” the priest said.

The local Christian community is now very excited that they will soon have a church in the village.

“Before we had to rent or borrow a house in which to hold Christmas, Easter and other festivities,” Faryad Masih, a Christian laborer, told Anadolu Agency.

“But now we will soon have our own chapel,” he said.

“At first I didn’t believe it when Muslim community leaders said they would build us a chapel,” he recalled.

“But to my surprise, construction work began within one month of the initial announcement,” a visibly excited Faryad said.

“Our community’s longtime dream is now coming true,” he said.

Most of them reside in Punjab, Pakistan’s largest province, where they are mainly involved in the sanitation, nursing and teaching sectors.

Almost 60 percent of Pakistan’s Christian community is Protestant, while the rest are Catholic. The country’s Christians are represented in Pakistan’s government and Senate, and in national and provincial assemblies.

Mian Ejaz, one of the Muslim fundraisers, told Anadolu Agency that additional funds would eventually be raised to finish the chapel, which would include a medium-size prayer hall and another room.

“We had four mosques in the village but no place of worship for Christians, as most of them are poor and lack the funds to build a church on their own,” Ejaz, who also provides funds for the village’s four mosques, said.

Therefore, Ejaz said, Muslim community leaders had decided to give an Easter gift to their Christian counterparts in the form of a chapel.

The day construction work began on the church in March, a massive bombing tore through a public park in provincial capital Lahore killing dozens of people, including a number of Christians celebrating Easter.

“We want to tell the world that Pakistan isn’t a country of extremists — who are only a small minority — but a country of people who believe in religious tolerance and harmony,” Ejaz said.

“Moreover, the Christian world is doing a lot for Muslim refugees, so we should pay them [Christians] back in the same coin,” he said, referring to the flocks of Muslim refugees now trying to reach Europe from Turkey.