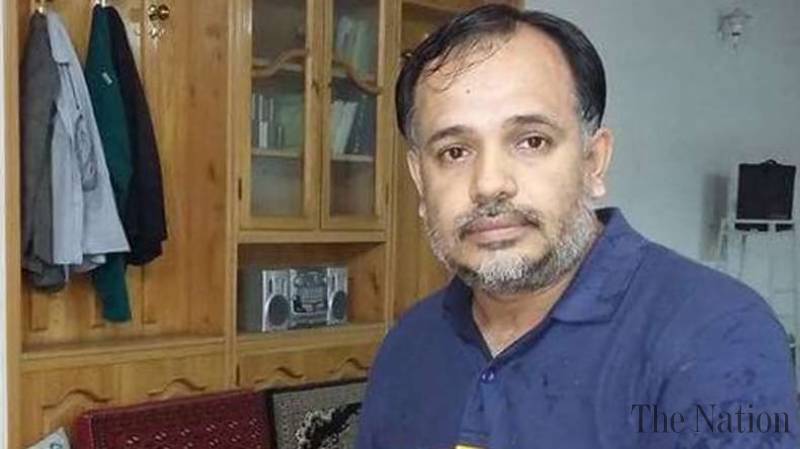 We have all heard about Shaykh Nimr al-Nimr. Western media was rife with articles about him and how he stood up against Saudi tyranny and fought for the rights of minorities, and specifically Shias, in the kingdom. Similarly, we also hear much about Shaykh al-Zakzaki, a renowned scholar in Nigeria, who is incarcerated as a prisoner of conscience.

Around a month ago, Pakistan also lost its own Shaykh al-Nimr. His name was Khurram Zaki. Although he was not a cleric, his fight for human rights and minority rights was of no less significance for the Muslim community in the country.

Khurram Zaki was important in many regards. He was a research scholar and a journalist. He was the editor of LUBP (Let Us Build Pakistan). As a blogger and human rights activist, he went beyond the call of duty in defending religious minorities in Pakistan against the merciless onslaught of terrorists, which included, among others, the Pakistani Taliban, Sipah-e Sahaba and Lashkar-e Jangvi.

From a young age, Khurram Zaki had shown promise as an intellectual and scholar. He had debated the famous Israr Ahmed, the renowned proponent of terrorism and takfirism in Pakistan who incidentally, also showed disdain towards the Ahl al-Bayt (as).

LUBP was an important national blog which in the midst of a dearth in free newspapers, kept Pakistan informed of what was really going on in the country despite the apathy of so many within its borders.

After humiliating Israr Ahmed in a debate (available on youtube), Khurram Zaki was completely sidelined from Pakistan’s mainstream media who, unfortunately, showed much deference to the Takfiri ideology that has taken over much of the country.

Although he was sidelined, his voice was not silenced. As a result, he received regular threats from various terrorist and extremist groups in the country. Yet bravely enough, he refused to leave the country or even write under a new pen name. He pressed on in his fight against extremists and terrorists and even brought about a criminal case against the notorious terrorist den, the Lal Masjid.

Near the time of his martyrdom, Zaki continued fighting religious extremism and internationally recognized terrorist organizations such as the TTP, ASWJ and the LEJ. His blog LUBP has recently been censored and blocked by Pakistan’s government.

Zaki set an honorable precedent for other human rights activists who fight against oppression in the country. Zaki was a convert to Shi’ism after having educated himself in the school of Ahl al-Bayt (as). As a follower of Imam al-Husayn (as), he did not limit himself to fighting for Shias only but he fought for all oppressed groups in the country. Zaki also fought tirelessly to bring Shia and Sunni leaders together. His endeavor had success where Sunni leaders like Allamah Ragib Naeemi, one of Pakistan’s leading Sunni scholars, joined his interfaith activism.

Given the success of his work, it is no wonder that his enemies wanted to put an end to his life, hoping to put an end to his mission. Yet his martyrdom only serves to inspire other courageous men and women who refuse to bow down to oppression and terrorism from religious extremist groups.

Forgetting Khurram Zaki’s sacrifices and martyrdom does nothing to diminish his stature with Allah (swt). What it does, however, is put our community in danger as it brings about a willful blindness and heedlessness to the suffering of our brothers and sisters in Islam whom Zaki tirelessly fought for. By honoring his memory, we encourage the younger generation of believers to take up his mantle of fighting for our right to live and to live as equal human beings. So if you can, set aside a minute or two and share his memories with your friends, whether it is in person, email or in social media.