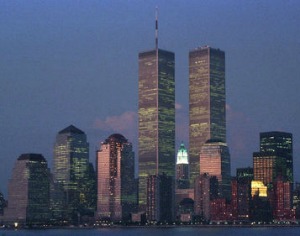 Lawyers for the Florida Bulldog have asked a federal judge to award substantial attorney fees for years of efforts to obtain secret reports about the FBI’s post-9/11 investigation of Saudis in Sarasota with apparent ties to the suicide hijackers.

The court papers filed Tuesday seek a court hearing and also show how the Fort Lauderdale Freedom of Information (FOI) case ties into a better-known push to declassify 28 pages that were cut out of a 2002 report by Congress’ Joint Inquiry into the terrorist attacks. Those censored pages involved “specific sources of foreign support” for the hijackers while they were in the U.S.

In the Fort Lauderdale case, a federal judge is reviewing for possible public release 80,000 classified pages about 9/11 located in the FBI’s Tampa field office. Judge William J. Zloch ordered the Bureau to produce those records for his private inspection two years ago.

“Together, both sets of documents may reflect whether a Saudi government network throughout the United States was used to support the terrorist attacks on 9/11. They also may help the American public to judge how the defendants [Department of Justice and the FBI] reacted to the terrorist attacks on the United States and whether additional steps should have been taken to prevent the attacks and to prosecute those who may have aided the attacks,” Julin’s motion said.

The Florida Bulldog’s parent, Broward Bulldog Inc., sued the FBI and the Justice Department in September 2012 after the FBI claimed to have no records about its Sarasota investigation. The Bulldog, working with Irish author Anthony Summers and his wife, Robbyn Swan, broke the story on Sept. 8, 2011 – nearly 10 years to the day after the terrorist attacks.

A fast exit from Sarasota

The story disclosed the existence of the FBI’s probe of events surrounding Abdulaziz and Anoud al-Hijji, a young Saudi couple who abruptly moved out of their upscale home about two weeks before 9/11 – leaving behind cars, clothes, furniture and other personal belongings – and how agents found evidence that Mohamed Atta and other 9/11 hijackers, who’d trained at nearby flight schools in Venice, had visited the al-Hijjis’ home.

Anoud’s father, Esam Ghazzawi, an advisor to a Saudi prince, owned the home.

Likewise, the story reported that former Florida Sen. Bob Graham, co-chair of the Joint Inquiry, said the FBI had kept Congress in the dark about its Sarasota investigation.

The Bulldog is a tax-exempt public charity with what Julin described as “extremely limited resources.” Its lawsuit, however, is nearly four years old, an unusually long time for a Freedom of Information Act complaint.

As a result, the news organization’s law firm, Hunton & Williams, has borne the financial burden of the case. Julin and four colleagues told the court they have spent more than 615 hours on the case and are asking for $409,000 in fees.

The fee award being sought is in large part attributable to the FBI’s aggressiveness resistance to disclosing its records about the Sarasota investigation. For example, in addition to repeatedly denying that it had any responsive documents, Bureau representatives have said the Sarasota probe found no connection to the 9/11 plot. Still, a handful of FBI documents made public during the pending litigation said the opposite: that the Sarasota Saudis had “many connections” to persons associated with the terrorist attacks.

In addition to representing the Bulldog in court, attorney Julin has spent numerous hours in an effort to declassify the 28 pages from the Joint Inquiry’s report. The Bulldog, Summers and Swan began the process in June 2013. Today, the case is pending before the Interagency Security Classification Appeals panel is Washington. A decision is expected this month.

The quest to unlock the 28 pages got a huge boost in an April 60 Minutes TV report that focused on current efforts by Sen. Graham and others to obtain their release.

Numerous members of Congress, 9/11 victims and their relatives and current and former government officials as well as leading presidential candidates Hillary Clinton and Donald Trump have called for the release of the 28 pages.

Developments in the case continue. On May 17, the U.S. Senate unanimously passed the Justice Against Supporters of Terrorism Act (JASTA), a bill that would allow 9/11 victims and their families to sue Saudi Arabia. The House is expected to consider the bill shortly.

“It underscores the public importance of the records that are at the heart of this litigation,” Julin wrote in his fee motion.