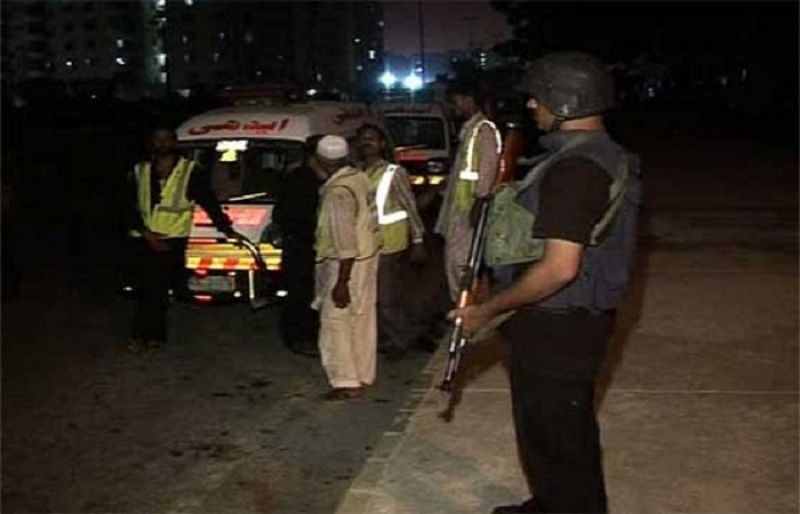 KARACHI: Police claimed on Saturday to have killed two suspected militants who were allegedly involved in the murder of a lawmaker of the Muttahida Qaumi Movement and killing of more than 20 others, including policemen, according to officials.

The officials said they have come to the conclusion that the outlawed Lashkar-i-Jhangvi (LJ) was involved in recent killings of seven policemen guarding polio workers in Orangi.

Acting on information about presence of militants in Kunwari Colony of the Manghopir area, the police’s Counter-Terro­rism Department (CTD) conducted a raid and in an ensuing encounter, two suspects were killed, claimed CTD SSP Amir Farooqi.He identified the decea­sed as Amjad alias Mota and Taj, who belonged to the LJ.

“Amjad alias Mota was involved in the murder of over 20 members of the Shia community and MQM lawmaker Manzar Imam,” claimed CTD AIG Dr Sanaullah Abbasi.

He said the ring leader was Saeed alias Khalu who was suspected to be involved in the murder of seven policemen in Orangi. Amjad was his right-hand man, while Taj was involved in over five sectarian murder cases.

Sindh CTD chief Dr Abbasi said militant groups such as Tehreek-i-Taliban Pakistan have joined hands with the LJ and other militant outfits and have formed five groups to carry out terror acts in the country, particularly in Karachi.