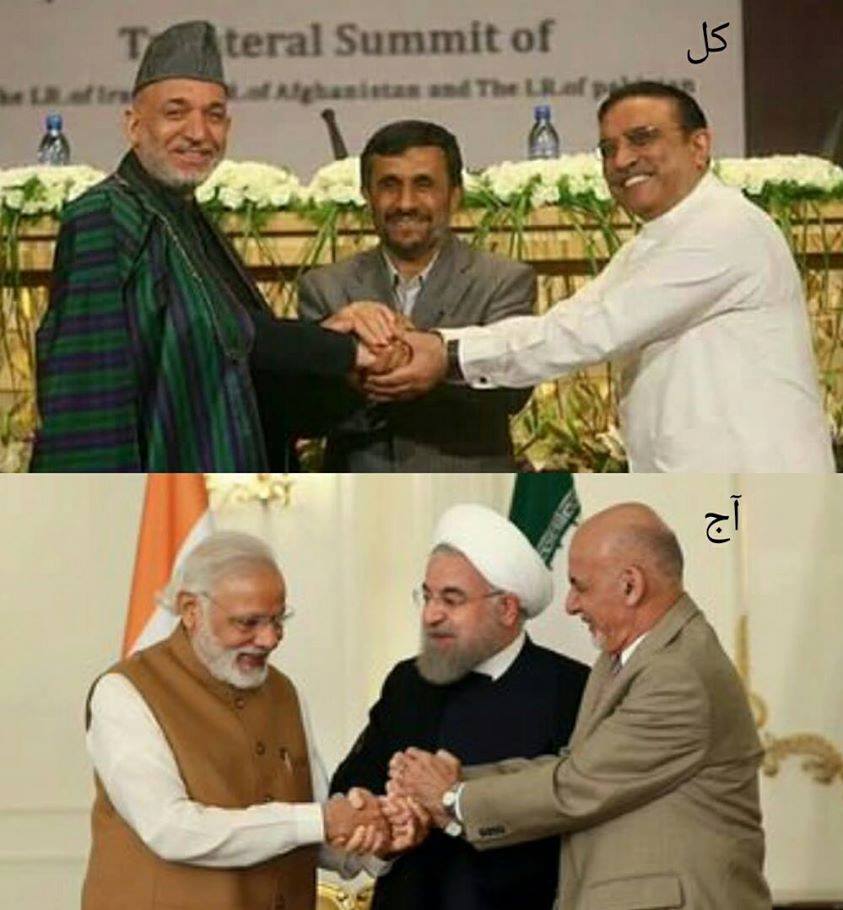 No matter what one says about the least PPP dispensation, it had a much clearer vision of the region that the Saudi Establishment Proxy government of Nawaz Sharif.

It was the previous government that re-started work on power generation and started investment MOUs with China. The current government’s deals with China remain shady due to the disproportional nature of PML N cronies benefitting at the cost of the country.

On the matter of the gas pipeline, the now stalled Iran Pakistan gas pipeline was scuttled immediately by the Nawaz Sharif regime after it came to power in a controversial elections manipulated by the Taliban and the Judicairy in favour of the PML N.

PML N remains constrained by its sectarian ties and obedience to the Saudi establishment. Today, the same relationship that was restored between Pakistan and Afghanistan and Iran by PPP PMs Gillani and President Zardari has been ruined by PM Nawaz Sharif whose obedience to Saudi Arabia trumps his responsibility to Pakistan. Today, it is Pakistan that is out in the cold while India, Iran and Afghanistan are signing multibillion dollar MOUs on transport and infrastructure development regarding the Chabahar Port.

It is PM Nawaz Sharif and his Takfiri allies in the Pakistani and Saudi establishment who ruined their chances with lucrative Iranian investments. Instead of allowing army operations against the Taliban in Punjab, the Nawaz Sharif regime and its Takfiri partners in the Establishment chose to blame Iran for supporting the Taliban – when the whole world knows that PML N leaders like Chaudhary Nisar, Shahbaz Sharif, Hamid Mir and Rana Sanaullah are the biggest supporters of the Sipah Sahaba Taliban in Pakistan.