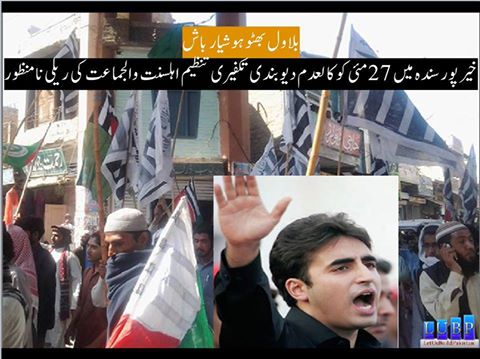 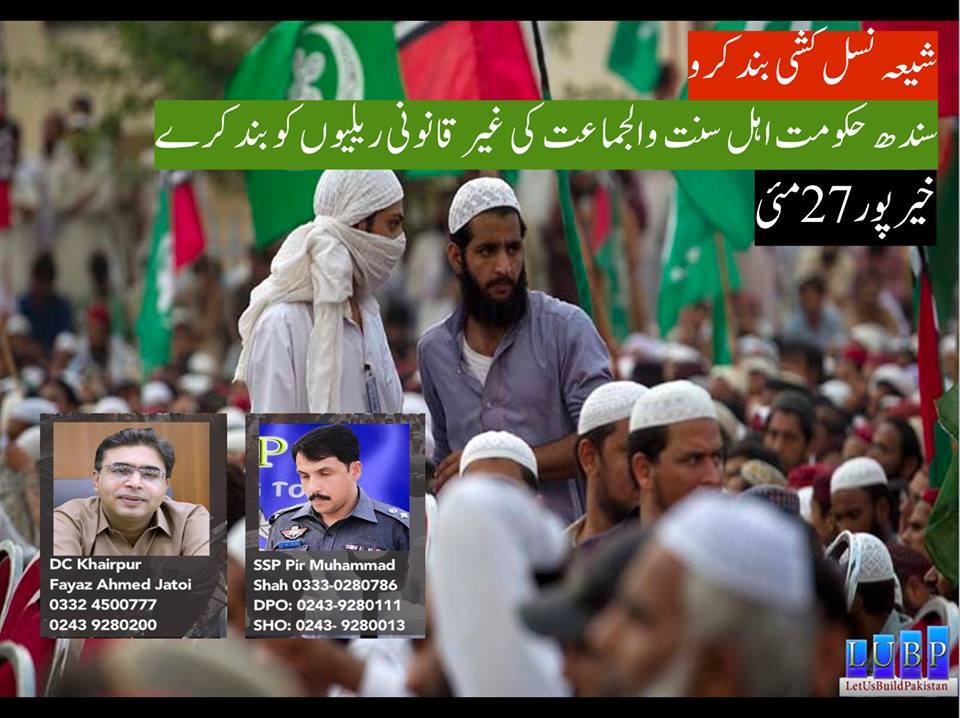 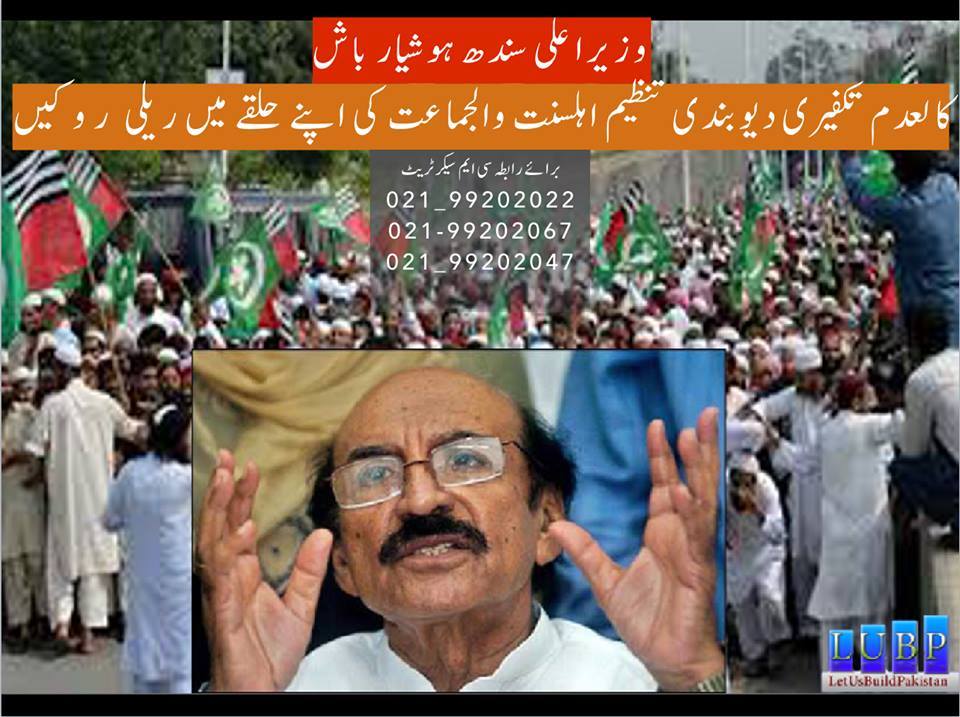 ASWJ is primarily involved in fueling secterian hatred and incites the followers for violations even publicly chanting slogans declaring some Muslims sects Kafir. Members of this Org. have also been involved in various acts of secterian violance.

Hence current ongoing rally itself is a test case for LEAs, we hope that taking prompt action you will ensure stoppage of rally but will also apperhend the organizers of these rallies & persue criminal action against them under the Law of Pakistan.