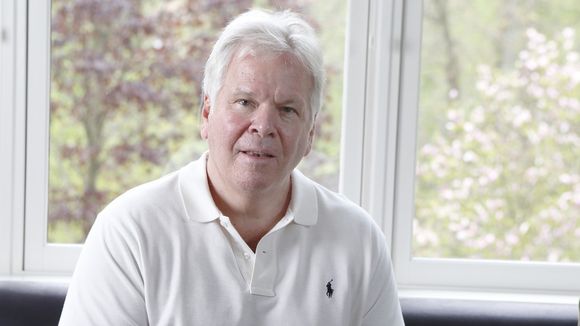 WASHINGTON – A Saudi government white paper detailing the country’s counter-terrorism efforts is a “whitewash’’ that makes no mention of events leading up to 9/11, say families who lost loved ones in the 2001 attacks.

The families released the statement Friday in response to a story by Politico, which obtained a copy of the 104-page document that Saudi Arabia sent to Congress.

Politico reported that the document “covers three main areas: security measures aimed at terrorists, financial controls designed to disrupt their funding and efforts to end radicalization in mosques, schools and other public forums.’’

James Kreindler, an attorney who co-chairs the Plaintiffs’ Executive Committee in the combined federal lawsuits that 9/11 survivors and families of victims have filed against Saudi Arabia, called the Saudi document “obscene.’’

“First of all, they begin after 9/11,” Kreindler said. “They don’t address the facts that will demonstrate their assistance was an integral part of the 9/11 attack. And to come up with this fluff, when they are the principal reason fundamental Wahhabi terrorism has spread, is adding insult to injury.’’

Fifteen of the 19 hijackers who participated in the 9/11 attacks were Saudi nationals.

A federal judge in the Southern District of New York has ruled that the 1976 Foreign Sovereign Immunities Act protects the Saudis from liability related to the 9/11 lawsuits.

Lawyers for the 9/11 families are appealing.

Meanwhile, the Senate on Tuesday unanimously approved the Justice Against Sponsors of Terrorism Act (JASTA), which specifically provides an exception to sovereign immunity for countries involved in terrorist attacks inside the United States.

Sen. Chuck Schumer, D-N.Y., who co-authored JASTA with Sen. John Cornyn, R-Texas, said Friday he has not yet seen the Saudi whitepaper but he’s heard about it.

“It’s good that Saudis have come to realize how the scourge of terrorism is not only bad for the world, but for them,” Schumer said. “That does not undo the need to pass JASTA because it simply gives the families their day in court. If the Saudis have done nothing wrong, they have nothing to fear. And if they participated in the horror of 9/11 they should pay the price.’’

The House Judiciary Committee plans to hold a hearing on JASTA in June or July, according to a committee spokesman.

Republican Rep. Peter King of Long Island, said the committee could act by the second week of June and send the legislation to the House floor, where he predicted it will pass overwhelmingly.

“The idea is, from my perspective, to get it done as soon as possible,’’ King said. “Right now, I feel very good about it.’’

House lawmakers are expected to also use the Judiciary Committee hearing to discuss efforts to declassify 28 pages of findings by a special congressional committee called the Joint Inquiry Into Intelligence Activities Before and After the Terrorist Attacks of September 2001.

Reps. Walter Jones, R-N.C., and Stephen Lynch, D-Mass., met Tuesday with Director of National Intelligence James R. Clapper on his progress in deciding whether to declassify the 28 pages. Former Democratic Sen. Bob Graham of Florida, who co-chaired the special congressional committee, also participated in the meeting.

According to Jones, Clapper said he was close to a decision on the declassification issue and would forward his recommendation to an interagency task force.

Clapper told reporters last month he expects to decide by June 1 when to publicly release the 28 pages.

Graham told Yahoo! News on Wednesday that the pages shows “a smoking gun’’ linking Saudi Arabia to the 9/11 attacks.

“I think the linkages are so multiple and strong and reinforcing that it’s hard to come away from reading all this material and not feel that there was a support network and that support network came from Saudi Arabia,” Graham said.