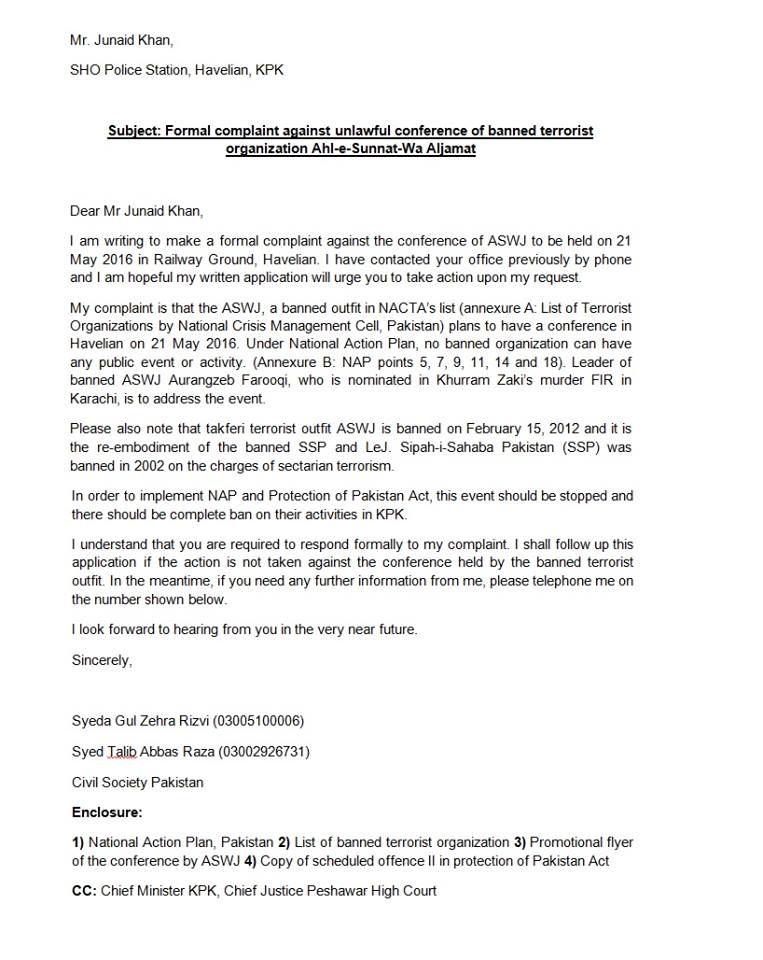 The SHO has informed them that the permission was given for a Sirat-e-Nabi conference, and while the banned organization will now go ahead will the rally, the SHO has assured that notorious terrorist Aurangzeb Farooqi was not allowed to address the rally, and hate speech against Shia Muslims will not be allowed.

It is pertinent to mention that in the last 2 months there have been over 10 incidents of target killings of Shias in KPK.