Civil Society must support and Rally behind #HungerStrike4Justice 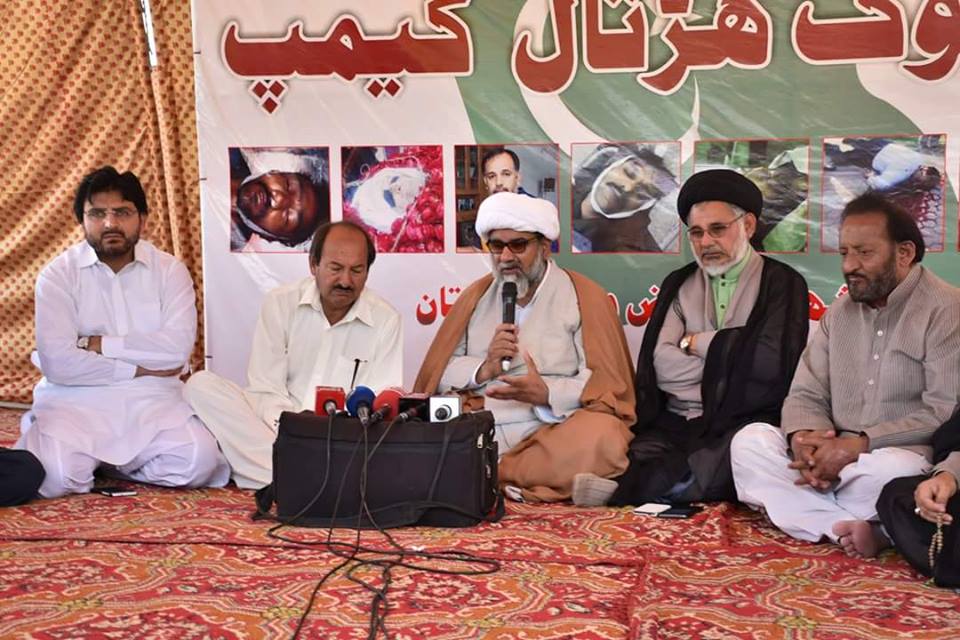 With a recent killing of Civil Right activist Syed Khurram Zaki raised many question about crimes of the continued failure of current PMLN. In recent past some major civil right activist being easily assassinated by these outfits without much action from out LEA. Their Killers (known and openly operating) still “at large” and even our LEA busy providing protection to the head of these militant organization.

With this appalling situation Shia Muslims are the worst target of takfiri Deobandi terrorism. A smear campaign of systematic genocide by extremist outfits backed by government agencies still continue even after dissolution of their dream of strategic depth. While our Law Enforcement Agencies spare no time in killing nonviolent protestors of patriotic peaceful muslim sects i.e. past shooting cases in Quetta (Ashura), Karachi (after Ali Raza Mosque Blast), Kharotabad and Lahore (Model Town massacre) were not enough for them, they now shot the peaceful protestors in only patriotic FATA Agency of Kurram Parachinar.

But what we like to discuss is not apathy from state but the imprudence and irrationality of some religious Shia organization in the country. This video make me fuming from head to toe. While Majlis Wahdat-e-Muslimeen (MWM) is staging sit-in and hunger strike against recent Shia genocide by takfiri outfits in Pakistan, but there is a slanderous campaign against their initiative being launched by some religious parties. By terming their act “Haram” they only made themselves a laughing stalk in a modern world. This futile discussion initiated in a era which is full of examples of hunger strike by people who are using peaceful means to fight against systemic injustice peacefully.

From liberals like Nelson Mandela, Mahatma Gandhi to recently slain human right activist and Aalim Shiekh Nimr al Nimr there are gazillion examples of using peaceful tactics to register their protest. Its’ really comical that people who get the leadership role by reciting Karbala all year round can’t ever learn from thirst and hunger of Imam Hussain a.s. With all nonsense like this, it remind me of Baghdad religious elite as when Tatars were about to invade them and they were busy discussing about if crow is halal or haram. While Moulana Hasan Zafar reaching to the eloquence of Hazrat Muslim ibn Ausaja, the later remind us how people of Medina terming Imam Hussain move toward Kufa ‘a suicide’.