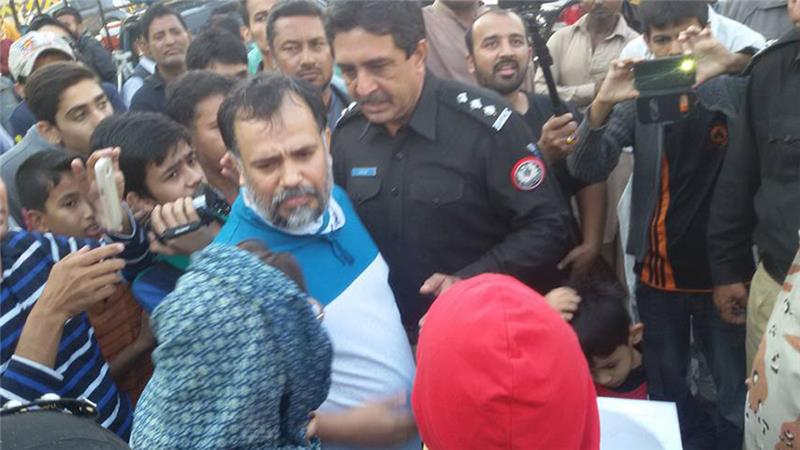 Unidentified gunmen have killed prominent activist Khurram Zaki in Karachi, the latest in a string of attacks on human rights defenders in Pakistan.

Police official Muqadas Haider told Dawn News TV channel on Sunday that four suspects opened fire on Zaki, 40, while he was at a restaurant, killing him and injuring a friend and a bystander.

The attack took place close to midnight on Saturday in a northern part of the city.

A former journalist, Zaki was a campaigner for human rights and the editor of the website and Facebook page Let Us Build Pakistan with the stated aim to “spread liberal religious views and condemn extremism in all forms”.  He was known to be an avid campaigner against sectarian violence.

Police said on Sunday that it was not immediately clear who was behind the attack.

Syed Ali Abbas Zaidi, a close friend of the murdered activist, told Al Jazeera that Zaki believed in “zoning in the nexus of the enablers of violence [and] spoke freely against the anti-Shia lobby”.

Zaki was also a member of the campaign against Maulana Abdul Aziz, a prominent leader of the Lal Masjid (Red Mosque) in Islamabad, who is known for his anti-Shia rhetoric and refused to condemn the Taliban attack on the  Army Public School in Peshawar that killed 146 people.

Pakistan is facing rising sectarian violence, with armed Sunni groups linked to al-Qaeda and the Tehreek-e-Taliban Pakistan often attacking gatherings of Shias, who make up some 20 percent of the country’s Muslim population.

The killing of Zaki has outraged activists across the country and comes at a time when Pakistani rights advocates are increasingly under attack.

On April 25, Pakistani activists marked one year since human rights activist Sabeen Mahmud was  murdered.  Mahmud was also 40 when she was gunned down in Karachi last year.

On Saturday, it was two years since human rights lawyer  Rashid Rahman  was shot dead.