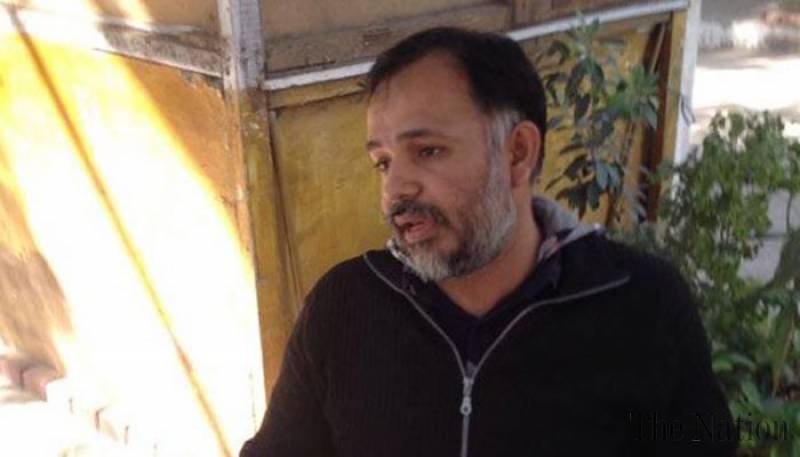 Khurram Zaki, a civil society activist known for speaking up against attacks on minority sects, was gunned down on Saturday night in Karachi.

Journalist Khalid Rao and a pedestrian, Aslam were also injured in the attack. Khurram Zaki’s work as a member of the editorial board on the website, Let Us Build Pakistan (LUBP), minced no words when it came to talking about extremism. This was a brave undertaking considering the website practiced a brand of citizen journalism was not easy to manage or even sustainable as a means to earn money. His fight was purely based on principle and the loss is deeply mourned.

It doesn’t take much to put two and two together in this case. Those protesting vociferously against Lal Masjid have been targeted in the past, and his was one such voice. The state fails on two counts when prominent activists are killed; firstly, in failing to protect the life of a citizen, and secondly, because of the lost life is crucial in making society more tolerable and thus preventing future bloodshed. Incidents like this tell us who stands on which side of the line in this fight. Lal Masjid does not even have to pick up arms (even though it has in the past, and still probably will) against the state to lead to questions raised against its loyalty. The poison behind its words, and of other organisations like it, inciting hate against activists and all those that oppose it, is what makes it a natural ally of terrorists and a de facto enemy of the state. The irony in this is that Lal Masjid and the Shuhada Foundation had the gall to blame pacifists such as Khurram Zaki for inciting hate against them. Protecting the lives of other prominent activists like Jibraan Nasir, also named by the Shuhada Foundation and ASWJ, is paramount.

The extremists know that silencing the loudest voices can halt public debate. The next time a young activist wants to create a website, or open a space for discussion, they will think twice – terrorism, in its purest and simplest form. But the numbers are on our side. For every one man who wants to kill and maim, there are hundreds who support non-violence and pluralism. The nation will remember Khurram Zaki for raising his voice for marginalised sects and minorities when all others were silent. His work must continue and must be supported by the public at large. Let us build Pakistan- there is no other sentiment more powerful and uplifting that that.