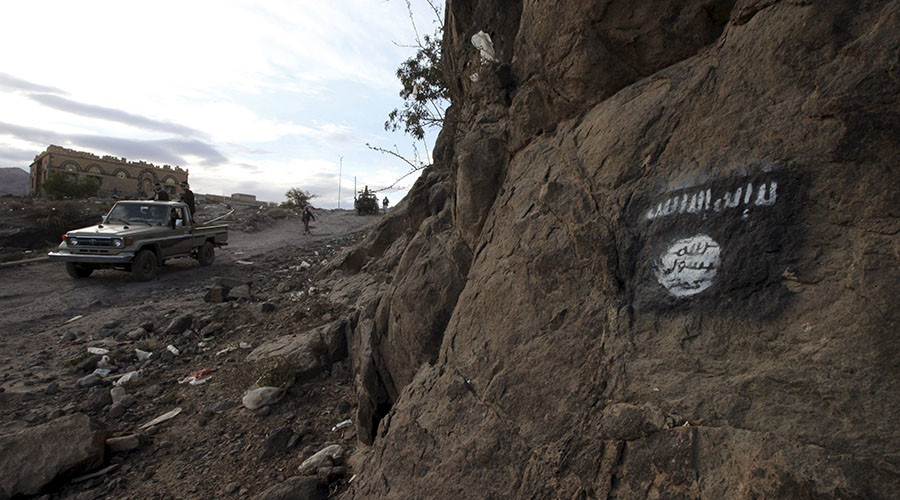 In the aftermath of thousands of Yemeni civilians’ deaths at the hands of the Saudi-led coalition, Yemen’s ex-president Ali Abdullah Saleh told RT that there is no difference between the “Saudi regime” and terror groups like Islamic State and Al-Qaeda.

“A plot has been made against the Yemeni people. An unreasonable aggression against us has been prepared. Strikes at military, economic, cultural and social targets have been conducted, the whole infrastructure [has been targeted]. A total destruction of everything is taking place… I’m talking about Saudi aggression,” Ali Abdullah Saleh told RT Arabic in an exclusive interview this week.

The former Yemeni president, who headed the Middle Eastern country for decades until February 2012, said that his nation has no conflict with any country in the world, but Saudi Arabia.

“They attacked us, we didn’t attack them. They are killing our women, our elderly and children. Why? We’ve never had any religious disputes. Why have they appeared now? We have our religious views, you have yours. Why are you [Saudis] killing the Yemeni people, who are your neighbors and brothers?” Saleh said.

Saleh believes that the major terror groups are all derived from the Muslim Brotherhood organization, which itself, according to him, “is an invention of the Saudis.”

“Al-Qaeda, ISIL [Islamic State, IS, formerly ISIS/ISIL] and Al-Nusra are all derivatives of the Muslim Brotherhood, which was invented and raised in Saudi Arabia. These organizations also operate in Russia and in Europe. All of them are Saudi Arabia’s invention. Later Qatar and Turkey have also started using them, and finance them to achieve their own goals. There were none of them in Yemen for a long while, and everything that then appeared came from Saudi Arabia under different names, [such as] Salafis, Muslim Brotherhood, Al-Qaeda.”

The politician added that both Russia and Europe have the wrong idea about the essence of the Muslim Brotherhood movement. Being the “creation” of Saudi Arabia, “they have no concrete political program, their program is money,” Saleh said.

The former president, who has a number of loyal forces allied with the Houthi rebels who control the Yemeni capital of Sana’a, told RT that the damage to his country “amounts to billions” of dollars.

The former president said that his country has been devastated, with no income from tax, very little from customs, and no money from oil or gas. The latter is only produced for domestic needs, he said.

“And if there is some oil, it’s being controlled and sold by Al-Qaeda in Hadramaut [a region in Yemen on the southern end of the Arabian Peninsula] and Shabwah [a governorate in central Yemen]. They sell it on the market within the country. Al-Qaeda gets all the money from it. And this all happens in full view of the Saudi regime. They tell the world, which doesn’t want to understand anything: ‘We are against Al-Qaeda.’ What Al-Qaeda, what ISIL? They are ISIL. They are Al-Qaeda. Everyone knows what this regime is about. It buys people’s conscience by making buy and sell deals on weapons, as well as inking political deals by paying money to influential people in different countries of the world… Saudi Arabia pursues only its own interests.”

Yemen’s ex-leader also said that while Saudi Arabia uses claims that there are Iran’s forces in Yemen “to justify its aggression,” no such support is coming from Tehran.

“We would like to receive some military and other aid from Iran. But it’s not helping us,” Saleh said, calling Iran’s presence in his country a “fiction.” Saying that the US “has the most powerful intelligence services working in all countries and knowing and seeing everything,” not a single Iranian military and no Iranian weapon has been discovered in Yemen. “Should they have found anything, it would long have been put on UN’s agenda,” the politician told RT.

Saleh believes that the exiled President Abd Rabbuh Mansur Hadi, whose forces are based in Aden and who is supported by Saudi Arabia, “has no legitimacy.” He should “render himself to the international tribunal as a war criminal,” Saleh said, adding that opposition forces only support dialogue with the people of Yemen.

The future of Yemen “should not be discussed neither in Geneva, nor in Kuwait,” the politician said, adding that he and his supporters only recognize the unity of the country in accordance with its constitution and people’s referendum on the matter.

“A government of national unity with participation of various political forces should be formed in the first place,” Saleh said, adding that new parliamentary and presidential elections should be prepared in Yemen in accordance with its constitution. “But not the constitution of Hadi, which has divided Yemen,” he added.

Saying that he now heads an opposition party which is “in opposition to any power in principle,” but is in coalition with other forces “to fight the aggressors,” the former president told RT that he would never again agree to be in power himself.

“I’ve been part of the political process for 45 years. Enough for me,” he said.