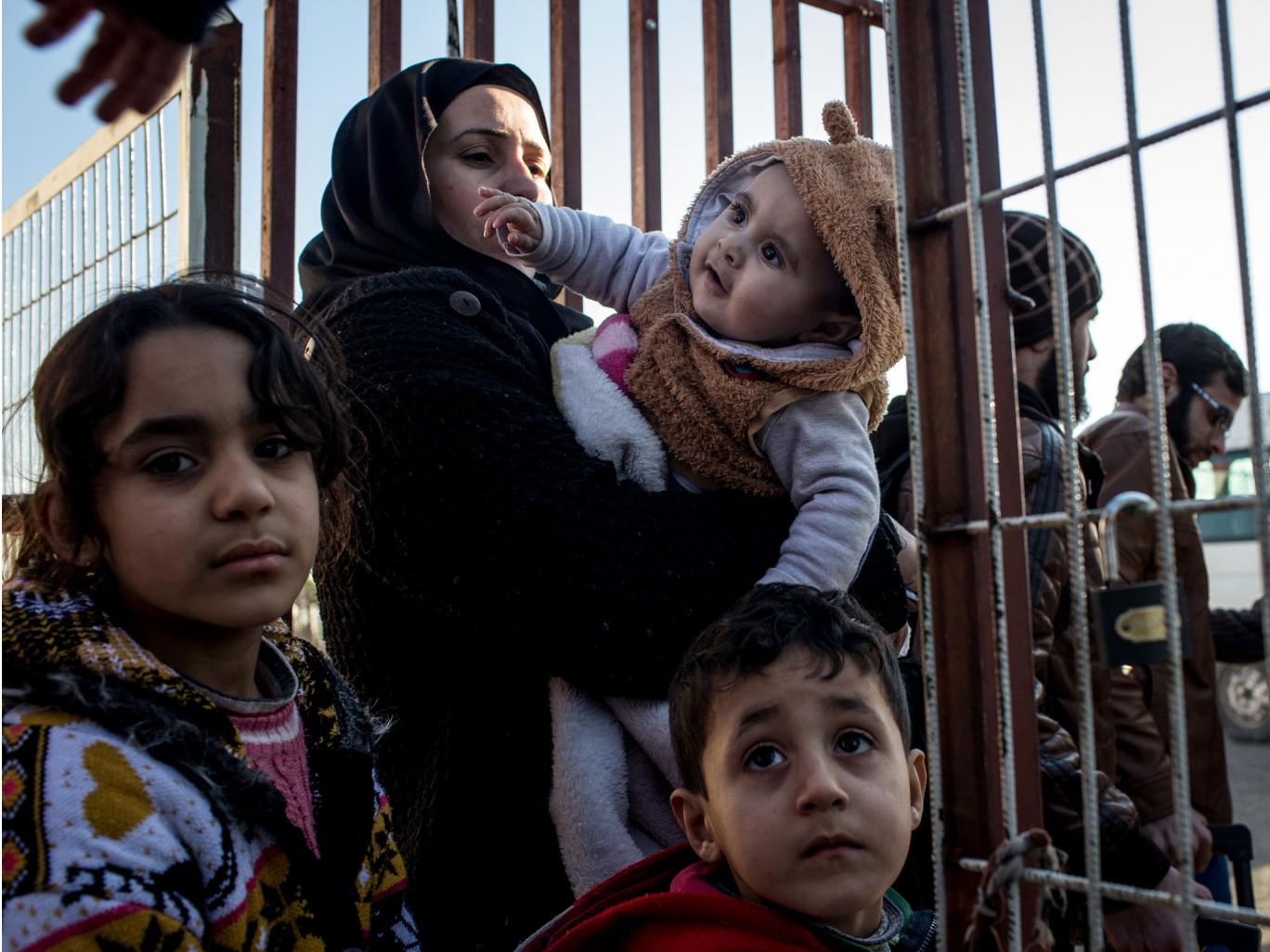 Abdmunem Kashkash, a lawyer from Aleppo who was with the group but escaped injury, said they had been repelled by gunfire several times before attempting the crossing near the Syrian town of Khirbet.

“There was one little girl who was shot and we could not do more for her for four hours, until nightfall,” he told The Times. “An old man and woman are missing – they have probably been killed too.”

“The UNHCR is concerned about such reports but cannot ascertain the authenticity at this stage,” he told The Independent.

“We are seeking further information on such concerning reports and we continually advocate for broader access to safety for civilians fleeing conflict in Syria.

“We understand the complex security issues at play in managing a very long border in a volatile region, and we encourage authorities to allow civilians in need of international protection to seek safety.”

The agency said it was unable to monitor the full length of Turkey’s 500 mile-long border with Syria, which mostly backs on to conflict zones mostly controlled by Kurdish rebels, Isis and the opposition.

The alleged shooting is the latest in a series of reported attacks on Syrian refugees by border forces in Turkey, which is to receive millions of Euros as part of a deal with the EU aiming to slow boat crossings to Greece.

More than 2.7 million Syrians are already living in Turkish territory, where some of the new funding is being used to improve conditions at squalid and overcrowded refugee camps.

Families who fled the worsening violence in Aleppo last month told The Independent that Turkish police were regularly opening fire.

A young woman called Fatima said she saw border guards shoot a young girl. “She didn’t speak Turkish so didn’t understand when they shouted ‘Get away!’” she recalled. “The guards opened fire.”

The UK-based Syrian Observatory for Human Rights claimed that at least 16 people seeking sanctuary in Turkey had been shot dead by the end of March, including three children.

“It’s in all areas. It happens to people coming from Idlib, Aleppo, Isis areas, Kurdish areas,” a spokesperson told The Independent.

Humanitarian organisations and doctors have reported shootings for several months, as well as routine beatings and asylum seekers being rounded up and forced back into Syria.

Amnesty International said up to 100 Syrian men, women and children had been expelled on a “near-daily basis” since January in a violation of Turkish, EU and international law.

“Turkey is not a safe country for Syrian refugees and is getting less safe by the day,” said John Dalhuisen, its director for Europe and Central Asia.

“Far from pressuring Turkey to improve the protection it offers Syrian refugees, the EU is in fact incentivising the opposite.”

Human Rights Watch called on Turkey to “stop shooting at Syrians” and allow them to reach safety as Isis closed in on border camps housing thousands of refugees earlier this month.

Shootings have also been reported at other borders during a crackdown on the flow of refugees across Europe.

A man from Afghanistan was shot dead by police in Bulgaria in October in what border officials said was an accident as they attempted to arrest a group of 50 migrants.