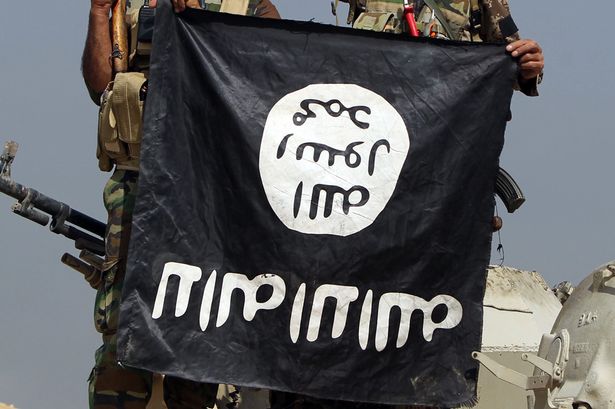 ISIS terrorists forced 45 of its own terrified men into a forensic freezer and left them to die slowly, it has been reported.

A source said the victims were placed in a forensic medicine freezer in the ISIS stronghold of Mosul for 24 hours.

After slowly dying from the extreme cold their frozen bodies were placed at roads leading into the city to act as a warning to others.

Last month Islamic State proudly released a sickening video showing two men being tied up in a building – which is then blown up.

The harrowing footage – produced by the terror group’s slick propaganda machine – shows the two clearly terrified men being interviewed before their horrifying death.

The video, titled ‘It does not benefit you to flee’ was reportedly filmed on March 8 in Syria.

Islamic State may have released the video to discourage defectors and those living under their brutal regime from fleeing.

As the terror group loses territory to its opponents and cash due to air strikes on oil infrastructure, many of its fighters have deserted.

Islamic State often subjects captives to horrific and elaborate execution methods – and films them as part of their sickening propaganda campaign.

Their savage methods include drowning men in a cage in a swimming pool, strapping explosives to the heads of kneeling men connected by wires and burning hostages alive in cages.

Middle East analysts say Islamic State has stepped up its propaganda campaign in recent months because it has made major territorial losses in both Iraq and Syria as it battles rival groups, the Syrian and Iraqi armies, Kurd warriors and the Free Syrian Army.