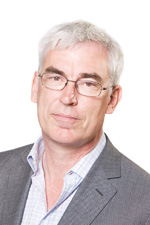 HERE’S a tale of two madressahs: one Deoband north of Delhi, the other in Akora Khattak, Pakistan.

Today in Deoband, at the madressah where it all began in 1866, the 4,000 students focus on religion. The institution was created to preserve a purist, back-to-basics interpretation of Islam and it has remained true to that purpose. Whenever the Indian government offers the madressah funds the clerics decline the money: they don’t want changes to the curriculum that would come with government funding.

In 2008, some 20,000 Deobandi clerics from around India agreed on a declaration condemning terrorism. And for good measure they threw in a pledge of loyalty to the Indian state. The seminary has even instructed all Muslim households to hoist the Indian flag over their homes each Independence Day. A recent fatwa said that while it would be wrong to worship the Indian motherland, it was permissible to love it.

That’s not to say that the Deoband seminary is a moderate institution. The madressah has specific departments dedicated to the rejection of Christianity, Judaism, even Shia Islam and Barelvism. Not to mention a whole postgraduate course dedicated to loathing Ahmadis.

To protect their faith, Deoband’s clerics have retreated into a citadel of literalist and exclusionary doctrine. Some of the students would like a little more mainstream teaching to improve their job prospects. But the institution prefers that its protégés study religion, graduate and then go on to propagate the Deobandi worldview by establishing new madressahs in India and around the world.

When students have been tempted to stray into militancy, the Indian state has been quick to lay down the law. For example, when the Kashmir insurgency was at its height, some of Deoband’s Kashmiri students flirted with using violence to advance their cause. The Indian state did not hesitate to give them long prison sentences. By all accounts the justice meted out to them was pretty rough and ready — but it served its purpose: today Kashmiri students in Deoband steer clear of politics.

I recently met a Kashmiri student in Deoband and asked him if he wanted Kashmiri independence.

“Would you fight for it?”

“No,” he replied. “I will go back to Kashmir only to teach the Quran.”

When I suggested that Kashmiri students in Pakistani Deobandi madressahs might be a little more assertive than that, he shrugged his shoulders. “I don’t know anything about that,” he said.

Such quietist attitudes can also be found amongst some of Pakistan’s Deobandis. But there is also a militant strain of Pakistani Deobandism. Take, as perhaps the prime example, the Darul Uloom Haqqania in Akora Khattak.

In 1947, Sami ul Haq’s father, a cleric from Deoband who got stuck in Pakistan during Partition, started out with just eight pupils. Today, there are some 3,000 students. Sami ul Haq recently published a book in which he lays out his views on global affairs. These include the claims that the Afghan Taliban provided good government, that Osama bin Laden was an “ideal man” and that Al Qaeda never existed. He has said that if his students wish to take a break from their studies to fight alongside the Afghan Taliban, then it is not for him to stand in their way. He awarded Mullah Omar an honorary degree. And let’s not forget that key conspirators in the plot to assassinate Benazir Bhutto met in advance in Akora Khattak.

When it comes to militancy, then, Sami ul Haq’s Deobandism is very different to the Indian version. The question is why Pakistani Deobandism as represented by Akora Khattak has so quickly diverged from the attitudes prevalent in the mother institution in Deoband itself.

The answer lies in the contrasting attitudes and policies of the Indian and Pakistani states. Where­­as the Indian state has controlled militancy in Deo­bandi institutions, the Pakistani state has done the opposite. As a senator for many years, Sami ul Haq can even be considered a member of the Pakistani establishment. He has always taken care to work with, rather than against, Pakistan’s deep state.

There are some signs that Delhi is becoming increasingly aware that the Pakistani strain of militant Deobandi Islam poses a threat to peace and security in South Asia as a whole. After years of forbidding foreigners to study at Deoband, the Indian authorities recently relaxed the rule and granted visas to some Afghan Deobandi students. Given a choice between having Afghans educated in Pakistan or India, Delhi has decided that the quietist madressah at Deoband is preferable to letting them be influenced by the politicised and sometimes militant Deobandi madressahs in Pakistan.

Deobandi militancy might look like a force that cannot be controlled. But India’s experience suggests that the degree of militancy espoused by some Deobandis is a function of state policy.