Home  »  Newspaper Articles   »   Setting the stage for war with Pakistan 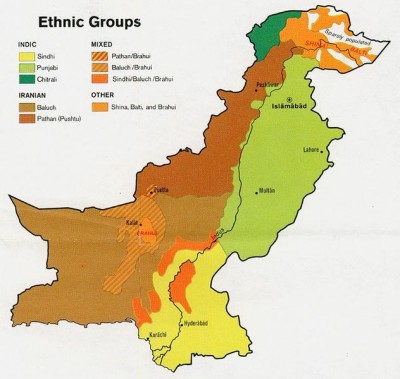 Attempts to paint Pakistan as a dangerous enemy of the West and a prime candidate for military intervention has been made once again by those in the Western media. ABC News, in an article titled, “‘Double dealing’: How Pakistan hid Osama Bin Laden from the U.S. and fueled the war in Afghanistan,” claims that:

What if the United States has been waging the wrong war against the wrong enemy for the last 13 years in Afghanistan?

Pulitzer Prize-winning New York Times journalist Carlotta Gall, who spent more than a decade covering Afghanistan since 2001, concludes just that in her new book, “The Wrong Enemy: America in Afghanistan, 2001-2014.”

Gall told “On the Radar” that Pakistan – not Afghanistan – has been the United States’ real enemy.

And while Gall’s “book” might be easily dismissed as irrelevant warmongering, it echoes a narrative that was crafted by some of the most notorious policy makers in the US and promoted widely in 2011 across the Western media. This included the BBC’s documentary, “Secret Pakistan,” from which it appears Gall is deriving her premise.

Unraveling the Propaganda
The documentary “Secret Pakistan” can be summed up with two very telling quotes. The first is from Sherard Cowper-Coles, a British diplomat who served as the Foreign Secretary’s Special Representative to Afghanistan and Pakistan from 2009-2010, before that as ambassador to Israel and Saudi Arabia, and now the international business development director of British defense contractor BAE Systems. He claims during the BBC documentary that (44:00):

“…the real military threat is the Taliban – a serious insurgency that’s got nothing to do with Bin Laden. Bin Laden, in operational terms, is utterly spectacularly irrelevant.”

Quite clearly this contradicts the “war on terror” narrative peddled to Western audiences for over a decade and instead suggests that current US, British and NATO operation in Afghanistan has more to do with Western interests in the region than fighting the alleged perpetrators of the September 11, 2001 attack on Washington and New York City.
The next important quote comes toward the end of the documentary where former CIA officer and current fellow at the corporate-funded think-tank, Brookings Institution, Bruce Riedel (57:35) claims:

“…there is probably no worst nightmare for America, for Europe, for the world in the 21st century than a Pakistan that is out of control, under the influence of extremist Islamist forces armed with nuclear weapons.”

This comment, however, is not as straight forward or as truthful as Cowper-Coles’. However, if one realizes that this destabilization Riedel is hinting at is actually the work of the US and NATO done as a pretext to intervene more directly in Pakistan, then it becomes truly telling – and we see the BBC documentary, along with Gall’s recent book, as yet more examples of a corporate-media conjured casus belli.

Afghanistan was never the final destination for the many empires in human history that found themselves mired there. The United States and its axis partners are no different. Just as it was a strategic springboard for the Greeks, British, and Russians to project their power beyond, the US sees Afghanistan in a similar light, with neighboring Iran, Pakistan, and China in particular mind.

The most overt example comes in the form of nearly a decade of deadly US drone attacks carried out in Pakistani territory. These attacks have led to over 3,000 killed, a quarter of which have been civilians, and constitutes an act of war no other nation on Earth would tolerate. While the US claims these operations are “anti-terror” in nature, they appear to be instead a component among a much greater campaign to undermine and destabilize Pakistan politically.

Other components include the direct US support of separatists in Pakistan’s Baluchistan province. Baluchi terrorists straddle the Iranian-Pakistani border and have long been considered by the West as armed proxies of great utility.

In a 2006 report by the corporate-financier funded think tank Carnegie Endowment for International Peace titled, “Pakistan: The Resurgence of Baluch Nationalism,” violence starting as early as 2004-2005 is described. According to the report, 20% of Pakistan’s mineral and energy resources reside in the sparsely populated province. On page 4 of the report, the prospect of using the Baluchi rebels against both Islamabad and Tehran is proposed.
In Seymour Hersh’s 2008 article, “Preparing the Battlefield,” US support of Baluchi groups operating against Tehran is reported as already ongoing. As already mentioned, in Brookings Institution’s “Which Path to Persia?” the subject of arming and sending Baluchi insurgents against Tehran is also discussed in great depth.

The 2006 Carnegie Endowment for International Peace report makes special note of the fact that above all, the Baluchistan province serves as a transit zone for a potential Iranian-India-Turkmenistan natural gas pipeline as well as a port, Gwadar, that serves as a logistical hub for Afghanistan, Central Asia’s landlocked nations as well as a port for the Chinese.

The report notes that the port was primarily constructed with Chinese capital and labor with the intention of it serving as a Chinese naval station “to protect Beijing’s oil supply from the Middle East and to counter the US presence in Central Asia.” This point in particular, regarding China, was described in extricating detail in the 2006 Strategic Studies Institute’s report “String of Pearls: Meeting the Challenge of China’s Rising Power across the Asian Littoral.” Throughout the report means to co-opt and contain China’s influence throughout the region are discussed.

More recently, longtime proponent of a Baluchi insurgency in Pakistan, Selig Harrison of the corporate-funded Center for International Policy, has published two pieces regarding the “liberation” of Baluchistan itself.

Harrison’s February 2011 piece, “Free Baluchistan,” calls to “aid the 6 million Baluch insurgents fighting for independence from Pakistan in the face of growing ISI repression.” He continues by explaining the various merits of such meddling by stating:

“Pakistan has given China a base at Gwadar in the heart of Baluch territory. So an independent Baluchistan would serve U.S. strategic interests in addition to the immediate goal of countering Islamist forces.”

Harrison would follow up his frank call to carve up Pakistan by addressing the issue of Chinese-Pakistani relations in a March 2011 piece titled, “The Chinese Cozy Up to the Pakistanis.” He begins by stating,

“China’s expanding reach is a natural and acceptable accompaniment of its growing power—but only up to a point. ”

He then reiterates his call for extraterritorial meddling in Pakistan by saying:

“to counter what China is doing in Pakistan, the United States should play hardball by supporting the movement for an independent Baluchistan along the Arabian Sea and working with Baluch insurgents to oust the Chinese from their budding naval base at Gwadar. Beijing wants its inroads into Gilgit and Baltistan to be the first step on its way to an Arabian Sea outlet at Gwadar.”

Clearly, US geopolitical policy makers have put much time and effort into the destabilization of Pakistan, using NATO’s presence in neighboring Afghanistan as a means of executing it. With China’s containment becoming an increasing obsession among US policy makers, understanding how Pakistan’s destabilization plays a role in such containment is essential in assessing how far the US is willing to go in South Asia. With NATO troops slated to begin permanently pulling out of Afghanistan, Gall’s attempt to dust off a narrative that will give those NATO troops a new mandate to linger on in the region may be a tentative first step in attempting to sell a confrontation with Pakistan to Western audiences.

There is also the possibility that Gall is simply using recycled news  from 2011 onward to sell her book – capitalizing on a geopolitical campaign that has long since unraveled for a West increasingly showing signs of irreversible and accelerating decline. However, it is essential to understand where Gall’s narrative is being drawn from, the deception it constitutes, and the purpose for that deception within the context of the West’s plans against both Pakistan and on a larger scale, for the encirclement and containment of China. Understanding such deceptions inoculates the Western public against another costly and protracted conflict that will benefit neither themselves nor the Pakistani people.