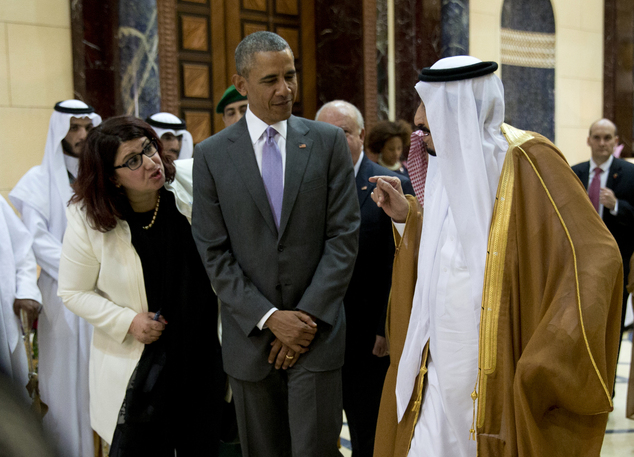 A college senior boarded a flight and excitedly called his family to recount a United Nations event he had attended, but, unfortunately, he was speaking Arabic. Southwest Airlines kicked him off the plane, in the sixth case reported in the United States this year in which a Muslim was ejected from a flight.

Such Islamophobia also finds expression in the political system, with Donald Trump calling for a temporary ban on Muslims entering the country (“Welcome to the U.S.A.! Now, what’s your religion?”) and Ted Cruz suggesting special patrols of Muslim neighborhoods (in New York City, by the nearly 1,000 police officers who are Muslim?). Some 50 percent of Americans support a ban and special patrols.

Such attitudes contradict our values and make us look like a bastion of intolerance. But for those of us who denounce these prejudices, it’s also important to acknowledge that there truly are dangerous strains of intolerance and extremism within the Islamic world — and for many of these, Saudi Arabia is the source.

I’m glad that President Obama is visiting Saudi Arabia, for engagement usually works better than isolation. But let’s not let diplomatic niceties keep us from pointing to the insidious role that Saudi Arabia plays in sowing instability, and, for that matter, in tarnishing the image of Islam worldwide. The truth is that Saudi leaders do far more to damage Islam than Trump or Cruz can do, and we should be as ready to denounce their bigotry as Trump’s.

Americans are abuzz about the “missing 28 pages” — unsupported leads suggesting that Saudi officials might have had a hand in the 9/11 attacks. But as far as I can tell, these tips, addressed in a still-secret section of a congressional report, were investigated and discredited; Philip Zelikow of the 9/11 Commission tells me the 28 pages are “misleading”; the commission found there was “no evidence” of the Saudi government or senior officials financing the plot.

The much better reason to be concerned with Saudi Arabia is that it has promoted extremism, hatred, misogyny and the Sunni/Shiite divide that is now playing out in a Middle East civil war. Saudi Arabia should be renamed the Kingdom of Backwardness.

It’s not just that Saudi women are barred from driving, or that when in cars they are discouraged from wearing seatbelts for fear of showing their contours, or that a 19-year-old woman who was gang-raped was sentenced to 200 lashes (after protests, the king pardoned her). It’s not just that public churches are banned, or that there is brutal repression of the Shiite minority.

As the land where Islam began, Saudi Arabia has enormous influence among Muslims worldwide. Its approach to Islam has special legitimacy, its clerics have great reach, its media spread its views worldwide and it finances madrasas in poor countries to sow hatred.

From Pakistan to Mali, these Saudi-financed madrasas have popped up and cultivate religious extremism — and, sometimes, terrorists. A State Department cable released through WikiLeaks reported that in Pakistan these extremist madrasas offered impoverished families a $6,500 bounty for turning over a son to be indoctrinated.

To be blunt, Saudi Arabia legitimizes Islamic extremism and intolerance around the world. If you want to stop bombings in Brussels or San Bernardino, then turn off the spigots of incitement from Saudi Arabia and other Gulf countries.

“Saudi Arabia is not an enemy of the U.S., but it is an enemy of itself,” a Kuwaiti once told me.

A new survey finds that young Arabs in the Middle East and North Africa want to modernize, with 52 percent saying that religion plays too big a role in the Middle East. That’s true of many, many Saudis as well, and some have tried to start a desperately needed conversation about tolerance. One of them, Raif Badawi, a blogger, was arrested and sentenced to 1,000 lashes.

In the past I sometimes defended Saudi Arabia on the basis that it was at least moving in the right direction. But in the last few years it has been backtracking while also starting a brutal war in Yemen. Obama’s biggest mistake with Saudi Arabia was providing arms for that war, implicating America in what Human Rights Watch says may be war crimes.

In short, as a Saudi father named Mohammed al-Nimr says, “Saudi Arabia is now going in the wrong direction.” He should know: His brother, a prominent Shiite religious figure, was executed in January, and his son, Ali al-Nimr, has been sentenced to death for participating in protests when he was a minor.

“Americans should care, because what happens here can affect the world,” the father told me, and he cautioned that Saudi repression destabilizes the entire Middle East. He’s right.

Bill O’Reilly has denounced me as a “chief apologist” for Islam, and I’ll continue to decry what I see as Islamophobia in the West. But at the same time, let’s acknowledge that Saudi Arabia is more than our gas station; it is also a wellspring of poison in the Islamic world, and its bigotry fuels our bigotry.