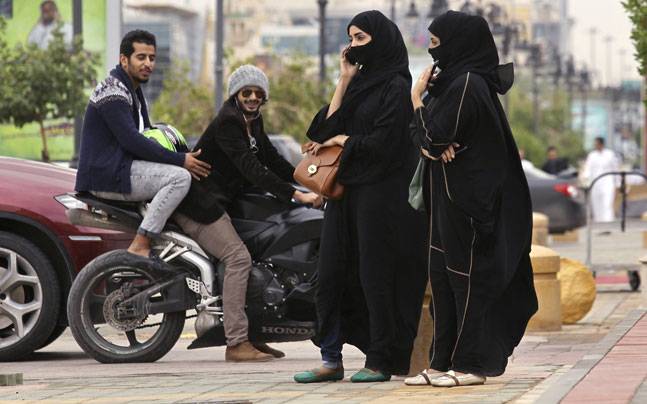 In what would be ‘historic’ considering Saudi Arabia’s treatment of women is the declaration that came from an important religious leader about the possibility of women admitting into Heaven.

While delivering a sermon at the Prophet’s Mosque in Medina, Imam Sheikh Salah Al-Budair declared that women can be admitted into heaven. However, they need to be accompanied by “Mahram relatives” (male kin, who is not suitable for marriage under Islamic law).

“Ascending to heaven is the greatest trip in every good Muslim’s existence. I don’t believe that the Prophet meant this trip to be an exception. I think that a woman can get into Heaven, as long as she’s accompanied by a man of her family,” said the ‘progressive’ Imam.

Although, his views has been slammed by many and a group of conservative scholars and religious leaders from across Saudi Arabia have signed a declaration condemning the Imam’s sermon as a blasphemy. They reaffirmed that “only men are worthy of going to Heaven”.

Don’t you just love how women were given the right to vote since the 1893 and Saudi Arabia only decided granting women that in 2015, lol.

Here’s how Saudi Arabia is a pro at passing anti-women rulings:

1. From ‘objects’ to finally at least ‘mammals’

In a ‘landmark’ ruling, a panel of Saudi scientists concluded that women are actually mammals. And, of course, these are scientists who are just a few thousands of years late.

Women will be granted the same rights as the mammal species such as camels, dromedaries and even goats. Earlier, women shared the legal status of an object and she is still considered to be soulless.

Stopping women from driving and denying their birthright is a cultural problem in Saudi Arabia.
Do not confuse culture with religion.

2. Every woman in Saudi Arabia must have a male guardian.

Before the marriage of the girl, her guardianship is given to the father or if he is not there then uncles and brothers can assume the role of a guardian.

Saudi women need to take permission from their guardian if they have to study, work, travel or marry. In fact, to access certain types of healthcare also they need a man to accompany them.

.@starbucks to build a separation wall so they can let women in in Saudi Arabiahttps://t.co/GS9sCQdR6T

3. Four witnesses needed for a rape accused to be convicted

The anti-rape laws are clearly flawed. For an accused to be convicted either he has to confess or there must be four witnesses to the act.

Moreover, women enjoy no rights in courts. They are not allowed to speak for themselves and must be represented by a male relative or a lawyer.

Even foreign female domestic workers have no protection from labour laws and are exploited.

Spousal rape is not punishable by court. As many as 88% of women in Saudi Arabia get sexually harassed

Abdul Aziz bin Abdullah, Saudi Grand Mufti and General President for Scientific Researches and Fatwa, had allegedly issued a fatwa saying men in Saudi Arabia  “can eat their wives if they are suffering severe hunger”.

According to the fatwa guidelines, a husband is allowed to eat his wife’s body parts in extreme circumstances. The ruling is said to represent the “sacrifice of women and obedience to her husband”. However, Saudi Arabia’s Grand Mufti Sheikh denied issued any such fatwa later on.

So is this Fatwa in Saudi real??
“Men can eat their wife in case of starvation”.
WTF was he smoking when he said this.Hope it’s not true.

According to Sheikh Abdul-Aziz Al Sheikh, the grand mufti, girls are ready for marriage from the age of 10 or 12. This he said at the faculty of Imam Mohamed bin Saud Islamic University in Riyadh in 2012.

Child marriage “In Yemen and Saudi Arabia there is no minimum age for marriage” pic.twitter.com/bWqZ2Ap9EC

However, minimum age for getting married was later raised to 16. But it can be overruled by the girl’s father under certain conditions.And on the other extreme end, there is Canadian Prime Minister Justin Trudeau who says we need gender equality because it is 2015.