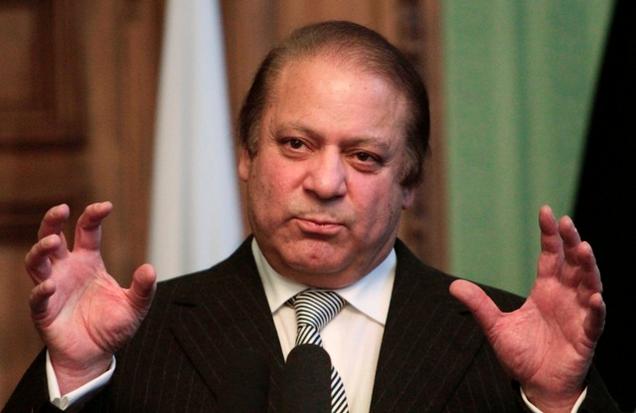 Today, Daddy Nawaz Sharif is the new Patron of Al-Bakistani “Liberals” who sing his praises, defend him from his continuous corruption and nepotism and even portray him as “anti establishment”.

Protest against Daddy Nawaz Sharif, and one becomes “an anti-democracy” force dancing to the “script” by the “boys”. It does not matter than Daddy Nawaz Sharif’s street power and support comes from radical Deobandi and Wahhabi terrorist groups like Sipah Sahaba and LeT – both of which publically supported Nawaz Sharif in the 2014 protests. These protests grew when Shahbaz Sharif’s police force massacred and injured over 100 anti-Taliban Sunni activists in Model Town.

But for Al-Bakistani DC Liberals, Nawaz Sharif is the new “liberal” icon. Yes, the same Nawaz Sharif that scraps for the Saudis and crushes dissent at home with tactics like trying to appoint himself as “Amir ul Momineen” or the cyber crime bill which is meaningless given his own leadership’s support for hate organisations like Sipah Sahaba and anti-Ahmadi hate clerics like Tahir Ashrafi. This is also the same Nawaz Sharif that took $20 million dollars from Osama Bin Laden to overthrow elected governments and then rig elections with the help of then ISI chief Hamid Gul.

Many Al-Bakistani liberals will write posts and draw cartoons to defend PM Nawaz Sharif. They will abuse and mock Imran Khan but they will conveniently look the other way when Nawaz Sharif does worse.