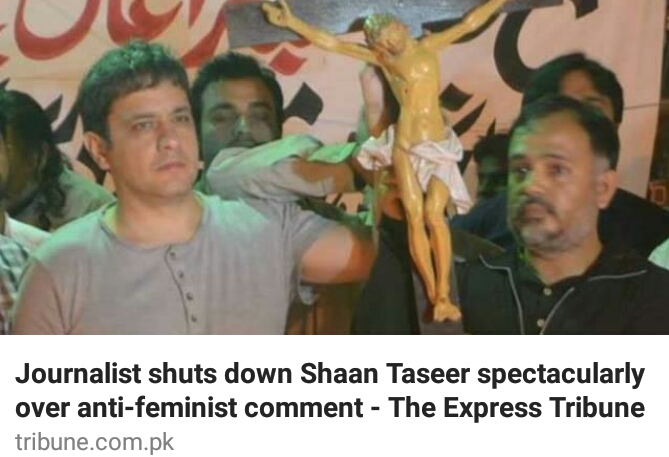 Time and again, rights activists with clear anti-Takfir stance are routinely misrepresented by those who cannot respond honestly to their nuanced analysis and non-selective criticism of extremism. We witness not just double standard but a complete lack of proportion in terms of how certain vested interests in media present issues.

One such case is that of the recent Express Tribune article that is a one-sided attack on prominent rights activist, Shaan Taseer. This article is a prime example of not just double standards but is totally devoid of any sense of proportion. If objectionable language is a criterion, what’s stopping the Omar Qureshis and others of Express Tribune from publishing screen images of Tahir Ashrafi Deobandi’s routine abuses against Sunni Sufis, Shias, Barelvis and Ahmadis. This bias by Express Tribune and others is a matter of public record.

ET’s one sided attack on Shaan Taseer reeks as a defamatory and below the belt article that was published against a member of Shaheed Taseer family, most probably due to professional jealousy with Daily Times.

While thousands of Pakistanis are being killed by terrorists from Takfiri Deobandi terrorist outfits like ASWJ-LeJ, Sipah-e-Sahaba, Taliban, Jundallah, Jamaat ul Ahrar etc, ET saw it fit to use its pulpit to attack a prominent rights activist like Shaan.

Will we see ET and other (fake) liberals take on hate clerics like Tahir Ashrafi in the same brutal way that they took on Shaan?