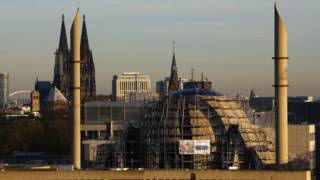 Hope all Western countries listen to this German politician. There is no doubt that Political Islam, Deobandi Islam, Wahabi Islam or Islamism whatever you call it is the worst form of Islam that does not allow muslims to adopt western/human civilization. This is not a unique demand by the German politician, long time ago Kamal Ata turk had banned arabic in Turkish mosques, even Azan (call for prayers) was in Turkish.

It is important that Saudi funding to the mosques in Europe must be completely stopped, all those hate preachers funded by Saudi/Wahabi Islam must be banned to enter in Europe including the second and third cadre so-called Imams.