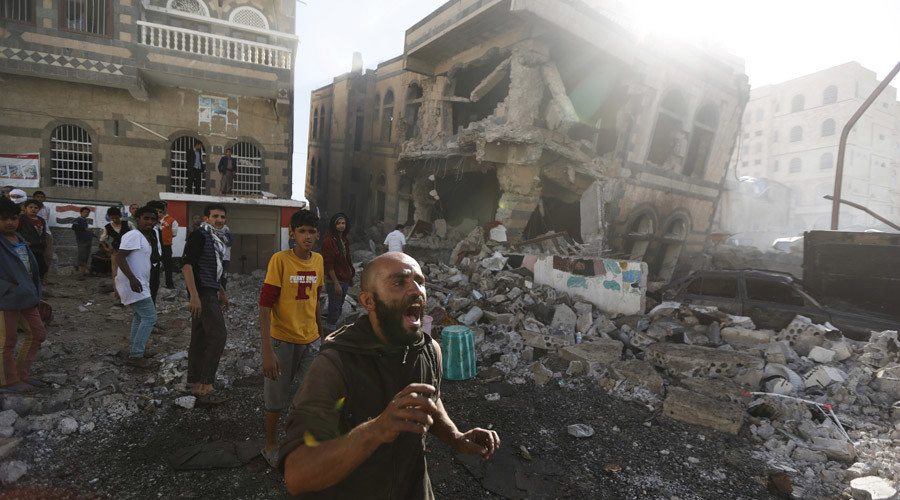 The European Parliament has adopted a resolution calling for the introduction of an arms embargo against Saudi Arabia over its operation in Yemen, The Greens political group reported on its website.

The resolution calls for an EU-wide arms embargo against the country, until alleged breaches of international humanitarian law in Yemen have been investigated, the group wrote.

“The European Parliament’s call for an arms embargo on Saudi Arabia is unprecedented and reflects growing frustration at the conduct of war in Yemen by the Saudi Air Force. Saudi Arabia is a top arms client of the UK and France, and there is evidence that these weapons have been used in gross violations of international law in Yemen, where thousands of civilians have been killed since the start of the war in March 2015,” Greens/EFA foreign affairs spokesman Alyn Smith, who led efforts to get the amendment passed, said following the resolution’s adoption.

He added that there are “real grounds to believe that EU-made weapons systems are being exported to Saudi,” and called on EU foreign policy high representative Federica Mogherini to investigate how an arms embargo can be implemented.

Saudi Arabia has been lobbying to MEPs in an effort to prevent an arms embargo. The Saudi ambassador to Brussels, Abdulrahman al-Ahmed, sent a letter to parliamentarians on Sunday in which he pleaded with them not to vote for the amendment and defended his country’s military intervention in Yemen.

In the document, which was obtained by the Guardian, al-Ahmed blames the intervention mainly on Iran, insisting that much of Saudi Arabia’s action has involved humanitarian aid.

He went on to state that Saudi Arabia’s intervention was partly in response to Western concerns about Yemen-based terrorists, including Al-Qaeda and Islamic State (IS, formerly ISIS/ISIL).

A UN panel set up to investigate the bombings in Yemen reported to the Security Council last month that it had uncovered “widespread and systematic attacks on civilian targets by Saudi Arabia.”

Tensions in Yemen escalated after Shia President Saleh was deposed in 2012 and his Houthi supporters, reportedly aided by Iran, eventually seized the capital city Sana’a last year. Houthi forces then advanced from Sana’a towards the south, seizing large parts of Yemen, and sending the current Sunni President Abd-Rabbu Mansour Hadi into exile.

In March 2015, a Saudi Arabian-led coalition responded with airstrikes in order to stop Houthi advances and reinstate Hadi back in power. By late summer, the Saudi-led forces had started a ground operation, which so far is stuck in a stalemate.

According to the UN, “conservative estimates” indicate that over 700 children have been killed and more than 1,000 injured since the Saudi-led intervention began. The organization also noted that as many as 720 children have been documented as being forcibly removed as child soldiers by the warring parties.