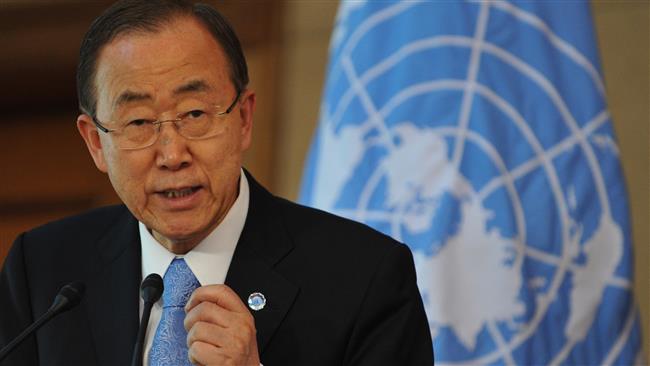 The United Nations secretary general has decried a decision by officials of the former Yemeni government to expel the head of the world body’s human rights office in the crisis-hit Arab country, terming the move “an extremely regrettable development.”

Ban Ki-moon said in a statement on Thursday that he has “full confidence” in George Abu al-Zulof, and called upon the former regime’s officials “to reconsider their position on his expulsion.”

The people of Yemen have suffered “grave human rights violations” and the UN rights office is “actively and effectively helping to document these violations,” Ban said, adding that he was extremely concerned about the safety of the remaining UN national and international staffers in Yemen.

Earlier on Thursday, former Yemeni regime officials accused Zulof (pictured below) of lacking impartiality in his assessments of the human rights situation in Yemen, and declared him persona non grata.

The decision came just two days after the UN raised alarm over the use of internationally banned cluster bombs by Saudi Arabia in Yemen.

It said that UN staff in Yemen had found remnants of 29 cluster bombs during a field visit to Harad district in the northwestern province of Hajjah, located approximately 130 kilometers (80 miles) northwest of the capital, Sana’a.

Meanwhile, Human Rights Watch stated on Thursday that Saudi Arabia had targeted a residential neighborhood in the Yemeni capital with cluster bombs.

The watchdog also released a photograph of a section of a CBU-58 cluster bomb casing. It was not immediately known whether there were any casualties in the bombardment.

Rights groups had earlier exposed Saudi Arabia’s use of cluster bombs in the war on Yemen.

Human Rights Watch said in May 2015 that Saudi warplanes had targeted civilians and residential areas in the northern mountainous province of Sa’ada with cluster bombs.

More than 7,500 people have been killed and over 14,000 others injured since Saudi airstrikes began in Yemen. The Saudi war has also taken a heavy toll on the impoverished country’s facilities and infrastructure.

Yemenis have responded with attacks against Saudi forces deployed in the country as well as targets inside Saudi Arabia.