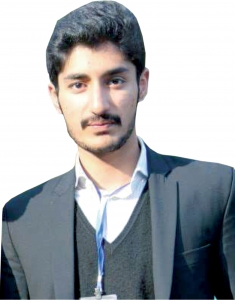 The year 2016 begins with the news of Saudi Arabia executing 47 terrorists, with a strong message to all those out there that the zero tolerance policy will continue without hindrance. Among the hardcore extremists was one Sheikh Nimr Baqr al-Nimr charged with the ultimate crime of speaking against the royal family.

Following the Arab Spring in 2011, Sheikh Nimr initiated a movement demanding democracy and an end to the autocratic rule of the al-Saud family. ‘Disobeying the ruler’ was among the serious charges which led to his arrest in July 2012. Three years of confinement and no access to proper justice is what followed.

Had this been a third world country the respective government would have easily succumbed to the pressure exerted on them by various international rights groups. The Amnesty International tried its might in this case but failed even to pluck a hair in stopping Nimr’s execution let alone getting him freed.

When Pakistan executes terrorists involved in incidents such as the APS attacks, many in the West are irked and the cry to impose sanctions is heard among other frivolous demands. But in Saudi Arabia’s case mere half hearted statements are issued.

In comparison when Bashar al-Assad tries to stifle opposition against his regime, he is unanimously acknowledged as a vicious serpent unleashed on the oppressed Syrian people. Muammar Qaddafi was yet another callous dictator whose actions forced the “thekedars” of world peace to intervene and restore order resulting in a disaster for an otherwise stable Libyan nation.

The champions of democracy, Mr Obama and company, reflect only one word pasted in capital letters on their foreheads, HYPOCRISY.

The silence of the West on Saudia’s barbarism against its own citizens is painful and troubling. Not that because it will be tolerated but also because the West is conveniently not ready to intervene in the internal matters of Riyadh, giving critics a reason to raise an eyebrow. Freedom of speech and right to free trial are two of the many human rights advocated by the US, yet these are the same rights unheard of in Saudi Arabia.

Talk about Bahrain, the ruling family’s actions against its opposition are justified by world powers as necessary but a fact expediently ignored is that the opposition against the rulers is the demand of the majority. These developments raise the menacing issues which can be disastrous for the Muslim world at large.

Furthermore some commentators tried to give al-Nimr’s execution a sectarian colour without realising the fact that among the executed many belonged to the Sunni school of thought. It is of no great importance that who was shia and who was sunni; what matters is the difference between right and wrong, just and unjust, fair and unfair. 47 people were executed in the name of law, unannounced, without proper trial or any fair chance of being able to defend themselves. Yet the world remains silent and continues to accentuate Steve Harvey’s blunder at the Miss Universe pageant because obviously that is a more entertaining gossip and as long as it is away from the West, no one really cares if people are executed just for living their lives freely as deserved by them under both international and Islamic law.

Executing a person for the sole reason of demanding democracy in his nation helps us to identify the Hitlers and Saddams of today. The extravagant endeavours of the royalty are not inconceivable throughout the world. Be it the rape of a maid in Los Angeles or some other headline they do not fail to enthrall anyone when it comes to their lifestyles and day to day activities. The past year these custodians of the holiest and most sacred sites showed their capabilities via the ill-fated Hajj stampede and the crane accident. The manner in which the bodies of the unfortunate pilgrims were handled gave us a clear picture of how courteous and polished the Arabs are.

The rift between two Islamic states following these events is troublesome for the entire Muslim world. But in principle, till the time we keep calling Saud’s Arabia what was Muhammad PBUH’s hijaz, we should be ready to witness more of these tribulations. The only actual beneficiary of this cleft between Iran and Saudi Arabia are the long standing enemies of Islam enjoying this development over a cup of coffee as if it were an anticipated plot of a Hollywood movie.

We Pakistanis indeed also have our very own ruling family the House of Sharif. The likes of whose party members are very similar to the irrepressible princes. A 15-year-old girl brutally raped is constantly being denied justice because one of the main accused holds ranks in the ruling PML-N party. Our ever so loved police is busy pressurising the poor girl and her family to let go of that particular accused so much so that she even attempted suicide.

What is more heart wrenching is that our people’s leader Imran Khan doesn’t have time to highlight the girl’s case. Had this been an electoral fraud, he would have pierced the entire population’s TV speakers by crying out loud for it. Therefore, I may have to admit that in the end he also wants himself to be crowned and his quest is nothing else but hunger for power. No need to mention other opposition parties who are extremely busy securing release of their confidants at the hands of the Sindh Rangers.

The only sane stance taken in order to avoid differences amongst its people was taken by the Pakistan Army when they refused to entertain Saudia’s request during the Yemen conflict.

Nevertheless, we cannot blame any other entity for what we are facing because the only difference between the Saudis and the Pakistanis is one which is even more ironically painful: the House of Saud has been enforced on its people whereas the House of Sharif has been endorsed by the people.