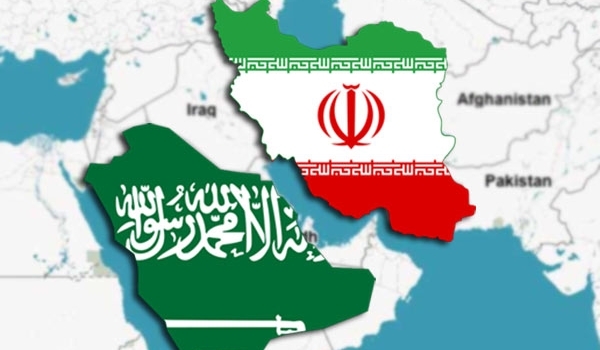 For several months, the official line from both civilian and military leaders in Pakistan has been that the country has turned the corner. Loadshedding is down, and might be reduced quite substantially in the near future. The economy isn’t booming, but it is far better than it has been in several years.

Most of all, security has improved. Karachi is better off, if temporarily. The TTP is on the run, if temporarily. Terrorists are, for the first time in over a decade, scared of the Pakistani state. All this has generated both domestic goodwill towards the prime minister and the army chief, as well as international respect and credibility.

The evidence is widespread, but perhaps nothing is seen to be as vital a proof of all this positivity as the emergence of the China-Pakistan Economic Corridor (CPEC), as the future lifeline of the country’s economy. Add to all this, the sudden swiftness with which the Central Asian countries seem to want to work on regional energy and trade connectivity – and Pakistan seems to be poised for a breakout decade.

The question is: can such a breakout decade be achieved, as the world around Pakistan keeps getting more complex? On January 7, when Saudi Foreign Minister Adel al-Jubeir arrives in Pakistan, he will drive some of that complexity home. 2016 was supposed to have a different script, with relations between Saudi Arabia and Iran supposedly being on the mend as Western efforts to generate a broad consensus on the way forward in Syria began to bear fruit. All that is over. Dead in the water. Happy New Year.

The hanging of a Shia cleric in Saudi Arabia, and the subsequent mob attack on the Saudi embassy in Tehran prompted the Saudi establishment to decide, in their words, that ‘enough was enough’. Saudi Arabia has severed diplomatic relations with Iran, and the already combustible dynamic between the Arab Gulf countries and Persian Iran is now officially out of control.

Geostrategic relevance has a price. And the price for Pakistan is that we cannot hide from the inextricable links, both organic and inorganic, between our state and society, and the heightened tensions between two of the most important countries in the world, at least for Pakistan.

Pakistan has to have a clear, robust, and proactive position on relations between Iran and Saudi Arabia – not because we are better than any country, or because we have earned the right to stand in judgement of the dysfunctions of other countries, but because Pakistan’s national interests, and particularly its internal harmony and coherence, is compromised by the on-going competition between Iran and Saudi Arabia.

Developing such a clear, robust and proactive position is a challenge that is deeper and more complex than perhaps any other faced by Pakistan, and particularly the prime minister. There are three dimensions to this challenge, and Pakistan has to consider all three thoroughly in formulating a response.

The first is that, while the Iran-Saudi competition is cultural and economic, it is seen by partisans on either side as having been bathed in the blood of Shias and Sunnis. Those that identify strongly with either sect, also tend to identify strongly with the two countries respectively. This represents nothing short of a social and cultural catastrophe for Pakistan – which has been infected by sectarianism for several decades, but is culturally neither Persian-Shia, nor Bedouin-Wahabbi.

Pakistani Sunnis and Pakistani Shias are prone to take sides in accordance with their sect, rather than seeing the conflict as being a direct attack on social and cultural harmony and coherence in Pakistan. Pakistani leaders have to counter this tendency bravely, resolutely and frontally. Pakistan can never, ever, ever be partisan in the Shia-Sunni conflict. Ever. Pakistani leadership needs to project this neutrality, openly and without fear.

The second is that Saudi Arabia and Iran have actively created constituencies in Pakistani society, in politics, in the media and across the religious conservative communities – among both Pakistani Sunnis and Pakistani Shias. These constituencies stoke conflict by making partisan ‘observations’ about what is happening in the Middle East. These observations are not innocent. They are, potentially, acts of war. To understand the cost, we must remember the blood-letting of Pakistani Shias, whether doctors in Karachi, or Turis in Parachinar, or Hazaras in Quetta.

Pakistan can ill-afford to pretend that the constituencies of Saudi Arabia and Iran do not inform our internal fissures. They absolutely do. Those Pakistani groups that are patronised by Saudi or Iranian patrons must be given strict parameters within which they are allowed to operate. Pakistan cannot be an exporter of future dead bodies in Syria and Yemen – whether Sunni or Shia. Those dead bodies have relatives, and communities here at home, and they need to be brought closer together, not cleaved further apart.

The third is that Saudi Arabia and Iran are important, indeed critical partners of Pakistan. Saudi Arabia has a history of economically supporting Pakistan over the decades. Iran too, has frequently answered the call over the last several decades. Yet it is not loyalty that should inform Pakistan’s future positions. Instead, Pakistani leadership needs to take a pragmatic view of the country’s future interests. Saudi Arabia is home to over one million Pakistani workers whose remittances are important sources of foreign exchange. Saudi favours in terms of oil subsidies can prove to be lasting instruments of competitive advantage for Pakistan.

Moving forward, Pakistan needs to recognise the vital role Iran could play in the economic transformation of Pakistan. Iran is perhaps the most vital potential energy partner for the future of Pakistan – with its vast gas reserves, its proximity to Pakistan, and its deep thirst for connectivity and interdependence eastward. Persian culture, which is a bedrock for many things Pakistani, should be a source of continued pride for the country, and a source of strategic cultural depth in Iran that is based, not on sect, but on shared linguistic and folk traditions.

In short, Pakistan’s relationship with both countries needs to be rooted in economics and in shared cultural collateral – not where we place our hands during prayers. The reduction of the discourse around Saudi Arabia and Iran to sectarian talking points is stupid and, for a diverse and syncretic Pakistan, suicidal – and we should be bold enough to see it and call it out.

Keeping these dimensions in mind, how can Pakistan frame a clear, robust, and proactive course of action on the increasingly fractured relationship, or non-relationship, between Iran and Saudi Arabia? Pakistan’s future actions should be informed by two main principles.

The first principle needs to be impartiality. Saudi Arabia should know that while it can count on Pakistan as a defender of the two holy mosques, it cannot expect Pakistan to adopt an enmity with Iran in the way that it may expect Bahrain to. Pakistani leaders have a responsibility to the voters and taxpayers of Pakistan to pursue Pakistan’s interest, and those interests intersect both Saudi Arabia and Iran.

The second principle should be leadership. Pakistan is the only nuclear power in the Muslim world, it is the only state in the Muslim world whose very conception is informed by Muslim identity, and it has the most to lose from a global sectarian meltdown between Shias and Sunnis. This means that PM Sharif, in partnership with the army chief, needs to lead a process of international diplomacy that puts Saudi and Iranian leaders in the same room, with the objective of reconciliation.

Given the sectarian diversity and wisdom available to Pakistan across its political spectrum, the PM should call on leaders from the PPP, the PML-Q, the PTI, the MQM, the Jamaat-e-Islami, the ANP, the Jamiat-e-Ulema Islam (F) and the National Party to put together a small group of special representatives for unity. Names that pop to mind immediately include Mushahid Hussain, Sirajul Haque and Faisal Subzwari. Doing so will not only help the cause of Saudi-Iranian reconciliation, but also, quite crucially, reduce the incentive for incendiary statements within Pakistan’s polity.

Bridging the gap between Saudi Arabia and Iran is a matter of vital national interest for Pakistan. The people of Pakistan, Sunni and Shia, need to belong to a Pakistan that is a reconciler and peacemaker. Once again, PM Nawaz Sharif has been blessed with a historic opportunity to lead.