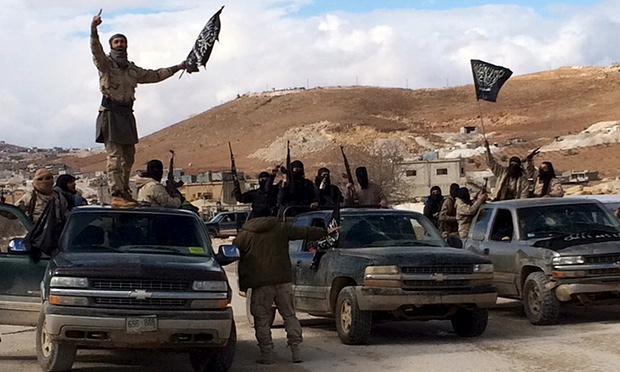 More than half of the rebel fighters in Syria who are opposing President Bashar al-Assad are sympathetic to Islamic State views, a leading thinktank has claimed.

The Centre on Religion and Geopolitics said efforts to wipe out Isis in Syria and Iraq would not end the global threat from jihadi groups because extremist views were common among Syrian fighters of all stripes.

At least 15 militias, numbering 65,000 fighters, could fill any vacuum resulting from a defeat of Isis in Syria and Iraq by a coalition led by the US, a report by the thinktank found.

About 60% of fighters in rebel factions in Syria identified with a religious and political ideology similar to that of the terror group, it added.

The thinktank, run by the Tony Blair Faith Foundation, said: “The west risks making a strategic failure by focusing only on IS. Defeating it militarily will not end global jihadism. We cannot bomb an ideology, but our war is ideological.”

The report comes after the United Nations agreed a resolution endorsing the start of “urgent” formal negotiations between Assad’s regime and moderate opposition groups early next month.

But the centre warned the radical groups, including al-Qaida affiliate al-Nusra Front and Ahrar al-Sham, could benefit if they went “unchallenged”.

It added: “If Isis is defeated, there are at least 65,000 fighters belonging to other Salafi-jihadi groups ready to take its place.

“The greatest danger to the international community are the groups that share the ideology of Isis, but are being ignored in the battle to defeat the group.

“While military efforts against Isis are necessary, policy makers must recognise that its defeat will not end the threat of Salafi-jihadism unless it is accompanied by an intellectual and theological defeat of the pernicious ideology that drives it.”