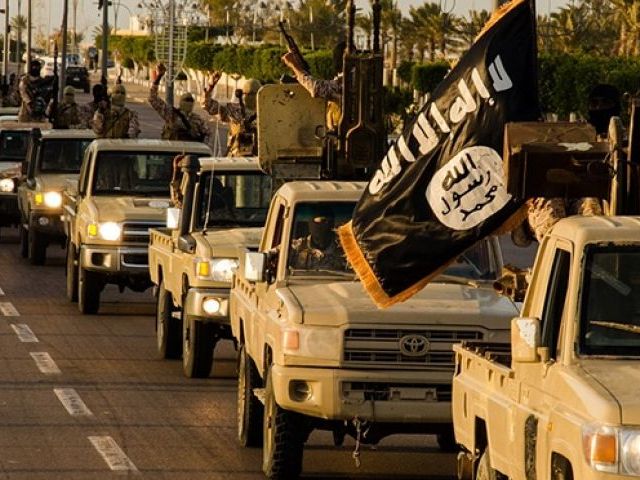 It all started with a request. Short and simple. “Aap se darkhwast hai [We’re making a request to you]”. And that was enough. It was a code, used by Islamic State-inspired militants to raise funds for their activities in the metropolitan city.

The women’s wing of the Middle Eastern terror outfit was mainly responsible for generating funds. Once the money had been collected, the women would give it to the male members of the group, who then passed it on to their head honchos. Another code came into play when the middle man came to receive the money. “Amanat de do [Please return the keepsake],” he would say. These words were enough.

The women’s wing usually met at The Faith Academy school. “They [women] sent darkhwasts [requests] to well-off women, seeking donations for IS by using the name of the school,” explained an official of the Counter-Terrorism Department (CTD). “After collecting the money, they used to hand it over to the male wing of the outfit,” he added. “Then Adil Butt, the recently-arrested CEO of the College of Accounting and Management Sciences (CAMS) used to hand over the funds to a person, identified as Omar, alias Jalal Chandio, who used the code word ‘Amanat de do’.”

On Friday, CTD in-charge Raja Omar Khattab uncovered a group of women tasked by the militant group to arrange for marriages of their operatives and also raise funds for their activities. Though there are around a dozen women in this group, six of them were particularly active in collecting funds from different parts of the city. Three of them are accused of abetting the Safoora bus carnage in May, 2015.

One of them is the wife of Omar alias Jalal Chandio, a key suspect of the Safoora attack, while another is the spouse of Adil Butt. The latter was arrested on December 2 from his residence in the Defence Housing Authority for his alleged role in the assault.

CTD officials are likely to arrest the wife of Safoora attack mastermind Saad Aziz and other women affiliated with the IS-inspired group operating in the metropolis. “We were delaying the arrests because they are women,” said a CTD official. “But now the stage has come to arrest them. The women will be detained at the CTD’s detention centre where women police will be deployed round the clock.”

Officials claim the women’s wing is being operated by the families, particularly the wives of the suspects arrested in connection with the Safoora carnage and other terrorist attacks in Karachi.

Aziz’s wife and mother-in-law are key suspects in the case. So are the wives of retired PIA engineer Khalid Yousuf Bari, who was also arrested for his involvement in the attack, and Mufti Tauseef, who is an absconder in the case. Bari’s wife, along with the wife of Mufti Tauseef, and some other women are operating a strong network, said the official. But the key role lies with Bari’s wife.

“Bari’s wife has a vital role in generating funds and brainwashing well-off women to garner support for IS. She also organised Aziz’s wedding,” said an official. Forensic experts are examining the laptops, cell phones and other valuables to get more evidence.

“Bari’s wife also used to run an organisation – Idara al Zakra Academy – comprising around 20 women who used to generate funds in the names of donations, zakat and khairat for the terror outfit,” explained CTD in-charge Raja Omar Khattab. “Their other responsibility is to recruit women into the organisation through sermons and videos about IS by distributing USBs,” he added.

CTD officials say they have been keeping a close eye on the activities of this women’s wing. Besides, they have also started keeping watch on various educational institutions in Karachi, as well as other parts of Sindh, as the group has a considerable following in various colleges, universities and other educational institutions in the province from where they recruit highly-educated people. Four of their recruits have so far been arrested for their involvement in the Safoora carnage.