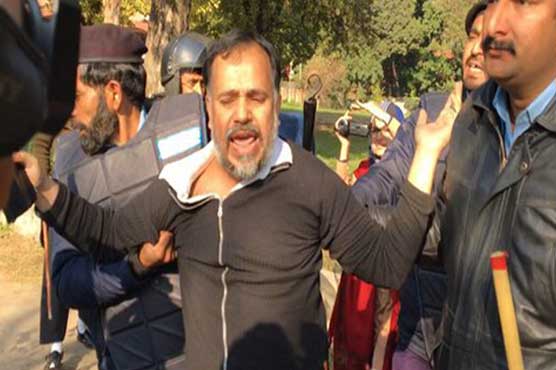 Chaudhry Nisar Ali Khan said that use of force on peaceful protestors is unjustified and unacceptable.

On the directives of the Ministry of Interior, Station House Office (SHO) Aabpara, Majeed was suspended while show-cause notice was issued to SP City Ahmed Iqbal.

It mey be mentioned here that two days back, the protesting members of civil society were picked up by police from Lal Masjid and shifted to a police station to avoid standoff. 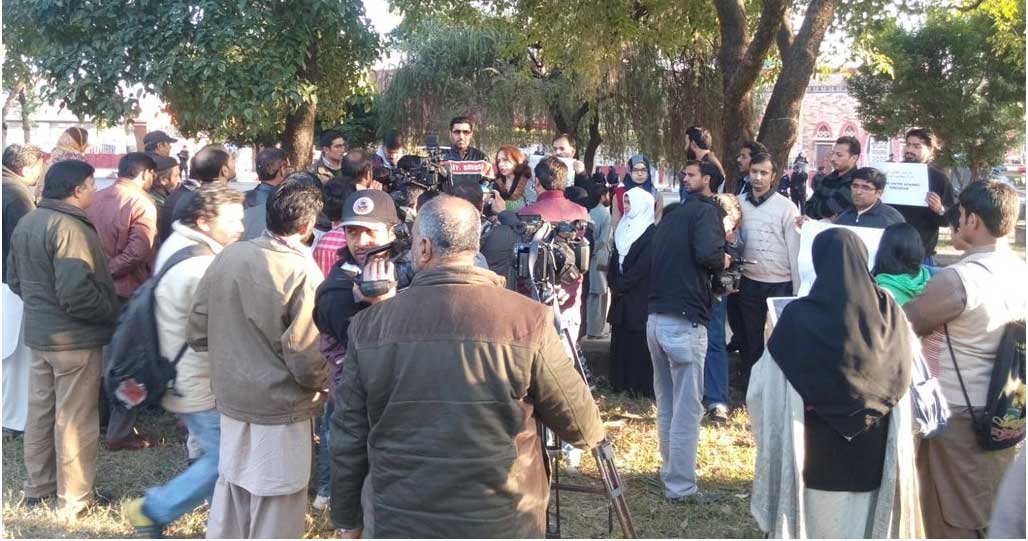 Khurram Zaki, the protest organiser said that the protest was staged to condemn the APS massacre, Tehreek-e-Taliban, their facilitators and cleric Maulana Abdul Aziz for inciting hate speech.