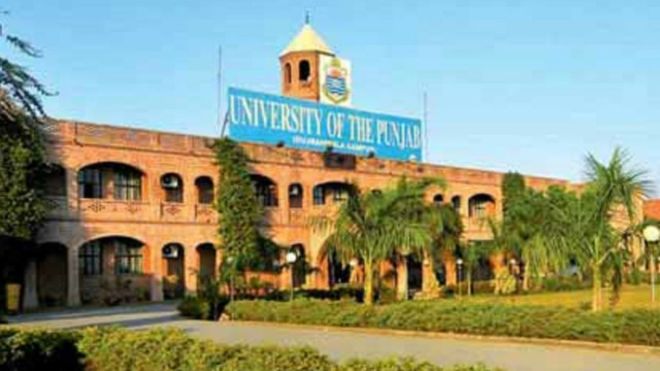 A CTD team raided the house of Assistant Professor Ghalib Ata of the Institute of Administrative Sciences in Allama Iqbal Town early in the morning and took him away for interrogation.

Official sources told Dawn that Professor Ata had been detained for his alleged links with HuT.

“Intelligence agencies and the CTD have been directed not to allow HuT to continue its activities,” sources said, adding that Professor Ata was being interrogated for taking part in activities of the banned outfit.

Last month, the CTD arrested Hisam Qamar, the chief of Karachi chapter of HuT, who works in K-Electric as deputy general manager.

Professor Ata had joined the Punjab University (PU) as a lecturer in early 1990s. He had completed PhD in management sciences in 2007.

“Ghalib Ata was a clean-shaven young man when he joined the university. But some years ago, the liberal Ata grew beard, joined a religious organisation and took part in preaching tours,” said one of his colleague.

He said that Professor Ata’s colleagues and students noticed a big change in him as he started criticising democracy and calling for establishment of Caliphate in the country.

He said that Professor Ata’s association with the proscribed organisation was an open secret.

Another source said that a year ago Professor Ata was debriefed by an intelligence agency. He was picked up over reports that he sent HuT literature to those faculty members who, he believed, might be influenced by the literature and join the organisation.

Even one of his former students complained that Professor Ata had tried to ‘brainwash’ him. “He spoke against democracy, advised me not to cast vote as it is un-Islamic and persuaded me to join his organisation,” the former student of the institute said.

In Sept 2013, intelligence agencies had picked up a member of Al Qaeda from a hostel of the university.

A PU spokesman said that law-enforcement agencies must have detained Professor Ata for his alleged links with a banned organisation. “We will not interfere in their work.”

“After the attack on the Army Public School in Peshawar, the administration issued a circular which banned inviting any controversial person in seminars and other functions in the university,” he said.