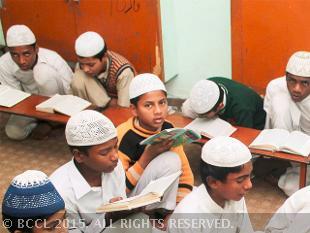 WASHINGTON: An influential US lawmaker has sought the closure of 600 Deobandi madrasas in Pakistan, describing them as an “infrastructure of hate”.

Congressman Ed Royce, Chairman of the powerful House Foreign Relations Committee’s comments came after the deadly shooting in California on December 2 by a radicalised Pakistani-origin couple that killed 14 people.

He alleged that the madrasas were spewing hate.

“Unless that infrastructure of hate is shut down, Pakistan will never win its struggle for internal peace,” Royce said during a Congressional hearing on Pakistan.

“It’s a phenomenon that frankly, it’s so frustrating, because what we see is the failure of the government, time and time again, to address issues that are in that government’s own best interests. And this to me, given the knowledge about what goes on in those 600 schools, is the most obvious and vexing problem that is right in front of us,” Royce said.

Responding to his concerns, Richard Olson, Special US Representative for Afghanistan and Pakistan, said the growth of such madrasas is due to the lack of primary education system.

“The reason, in a way, that they exist and have become popular in Pakistan, if that’s the word, is because they do provide a free education,” he said.

“So there’s a real draw factor in all of this. We also think that it’s important that the government of Pakistan, and we’re working in this area, in the countering violent extremism area, to try and reform the curriculum so that at least in the religiously-oriented schools, there are marketable skills, standardised curricula and there are attempts to address a more modern perspective,” Olson said.

Royce said Pakistan would be better served addressing this issue of shutting down these schools.

“And if they do it funding public education there for individuals, for families, as an alternative for their sons to go to those schools in this case, instead of the lads going to schools where you and I suspect the final outcome is going to be like a lot of others that were radicalised in those Deobandi schools,” he said.