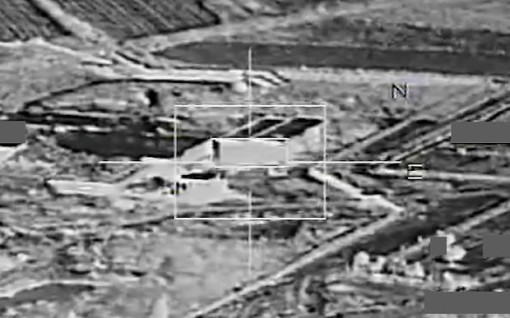 What is the connection between the US bombing of a Syrian military base in Ayyash, Syria, and the Turkish invasion of northern Iraq?

Both of these seemingly isolated events are part of a larger plan to Balkanize the Middle East, to strengthen Washington’s grip on dwindling resources, to draw Russia into a costly and protracted war, and to ensure that ME oil remains denominated in US dollars. Author Joseph Kishore summed it up like this in a recent post at the World Socialist Web Site. He said:

Bingo. Ultimately, the war on terror is a public relations fig leaf designed to conceal Washington’s attempt to rule the world. It’s impossible to make sense of goings-on around the globe without some grasp of how seemingly random acts of violence and terror fit within the broader and more comprehensive geopolitical strategy to create a new unipolar world order, to crush all emerging rivals, and to extend US full-spectrum-dominance across the planet.

Let’s look at the particulars:  On Sunday, US warplanes bombed a Syrian military base east of Raqqa killing three Syrian soldiers and wounding thirteen others. The incident took place in the village of Ayyash in Deir Ezzor Province. Coalition spokesman US Colonel Steve Warren denied US involvement in the deadly raid despite the fact that the UK-based Syrian Observatory for Human Rights confirmed ‘that the air strike hit the military camp’.  According to the observatory,  ‘This is the first time that a strike from the US-led coalition killed Syrian government troops.’   Warren’s denial, which is the reflexive Pentagon response to any claim of culpability,  suggests that the attack was a deliberate provocation intended to trigger retaliatory strikes from Russia that would, in turn, justify a larger commitment of US troops and weaponry to the 4 and a half year-long Syrian war. Whether the airstrikes got the greenlight from the White House or from rogue elements acting independently at the Pentagon is unclear.  What is clear, however, is that the attack on Syrian troops, a full 30 miles from their designated target, was no mistake. It’s also worth noting, that according to South Front military analysis, the US bombing raid coincided with a “a full-scale ISIS offensive on the villages of Ayyash and Bgelia.” In other words, the US attack provided sufficient air-cover for ISIS terrorists to carry out their ground operations.

Was that part of the plan or was it merely a coincidence?

Less than 24 hours after the attack, US warplanes bombed the village of Al-Khan in north-eastern Syria killing 26 Syrian civilians including at least four women and seven children and four women. The message the US military is sending with these lethal attacks is that it wants to control the air-space over east Syria where it plans to remove ISIS and establish a de facto Sunni state consistent with its scheme to break Syria and Iraq into smaller cantons governed by local warlords, Islamic fanatics, and US puppets.  A great deal has been written about this topic already, so we won’t spend too much time on it here. A recent op-ed in the New York Times by neocon John Bolton sums up the basic concept which appears to be supported by virtually the entire US political establishment. Here’s an excerpt from the article:

“Today’s reality is that Iraq and Syria as we have known them are gone. ….. Rather than striving to recreate the post-World War I map, Washington should recognize the new geopolitics. The best alternative to the Islamic State in northeastern Syria and western Iraq is a new, independent Sunni state….

This Sunni state proposal differs sharply from the vision of the Russian-Iranian axis and its proxies (Hezbollah, Mr. Assad and Tehran-backed Baghdad). Their aim of restoring Iraqi and Syrian governments to their former borders is a goal fundamentally contrary to American, Israeli and friendly Arab state interests….

The new “Sunni-stan” may not be Switzerland. This is not a democracy initiative, but cold power politics. It is consistent with the strategic objective of obliterating the Islamic State that we share with our allies, and it is achievable.”  (“John Bolton: To Defeat ISIS, Create a Sunni State“, New York Times)

Like we said, the Bolton piece is just one of many articles and policy papers that support the partitioning of Iraq and Syria and the redrawing of the map of the Middle East. ISIS, which is largely an invention of western Intel agencies and their Gulf counterparts, is a critical component in this overall plan. By situating a terrorist organization at the epicenter of world oil supplies, one creates the rationale for intervening in the affairs of other sovereign nations whenever one chooses.  This helps explain this week’s bombings in Ayyash and Al-Khan in north-eastern Syria. The US justifies the attacks by waving the bloody shirt of “ISIS, when in fact, the US is merely pursuing its own narrow strategic interests. And while the US has not formally established a no-fly zone in the area, it’s clear  now that there are greater risks associated with operating in east Syria then there were just week ago,  which is precisely the message the Pentagon wanted to send.

This same rule can be applied Turkey’s invasion of northern Iraq with an estimated 900 troops and 20 tanks. First of all, there is no way that Turkey launched the incursion without first getting the thumbs-up from Washington. We all know how violently the Obama administration reacted when Moscow defended Crimea following the CIA-backed coup in Kiev. Compare that to the subdued response of special presidential envoy, Brett McGurk,   who has this to say on Twitter:  “The US does not support military deployments inside Iraq in the absence of the consent of the Iraqi government.” (Today’s Zaman)

That’s it?  5,000 US soldiers died fighting in Iraq and all McGurk can say is ‘You really shouldn’t do that, Turkey’?

Keep in mind, Washington hasn’t levied sanctions onTurkey, attacked its currency or financial markets, or threatened it with it with war as it did with Russia. In fact, Obama hasn’t even scolded Turkey. He’s simply looked the other way and ignored the matter altogether. Naturally, that’s incensed US ally in Baghdad, Iraqi Prime Minister Haider al-Abadi, who has threatened to take action if Turkish troops don’t leave in the next 24 hours.

Once again, the Turkish move fits perfectly with the overall imperial strategy of “deconstructing” Syria and Iraq and breaking them into smaller, innocuous statelets that will remain in “a permanent state of colonial dependency” for the foreseeable future.

As for Turkey’s Islamist zealots in Ankara; they feel entirely justified in reclaiming territory they think was stolen from them following WW1. Turkish columnist for A Haber, Cemil Barlas, summed it up like this to RT’s Harry Fear:

“In the past, these lands belonged to us; we have the right to take part in their fate. Moreover, our relatives live in those regions. We are concerned as to what is happening to them….According to Barlas, Turkey has a right over Syrian and Iraqi’s natural resources and he thinks that people living there are not profiting from selling oil as it all goes to the ‘dictator.’”  (Sputnik News)

Turkey’s invasion of Iraq signals the beginning of a long-term occupation that will likely expand to Mosul. This will establish a critical beachhead for controlling resources and pipeline corridors that will keep the oil flowing through Turkey and on to the southern port of Ceyhan.  Here’s more on what’s going on from Turkish columnist Yavuz Baydar:

“Taking back Mosul in full is on the top of the agenda. For this there is an apparent convergence of interests between Turkey, the Kurdish Regional Government (KRG) and the Western allies….The key figure in the big picture is Khaled Hodja, leader of the Syrian National Coalition (SNC), in close cooperation with KRG leader Masoud Barzani. It was he who declared that there would be a joint combat force built in the canton of Rojava.

A colonel, speaking anonymously to Tunca Öğreten with the Diken news site in İstanbul, confirmed the plans, adding that it was a formation initiated by the US and Turkey and that it would consist of around 5,000 men.

“…. These forces are supported by the US and Turkey, both against the [Syrian President Bashar al-] Assad regime and to cut out the Kurds in northern Syria.”

Idris Nassan, the deputy foreign minister of Kobani, claims that this new force would consist mainly of members of the groups Ahrar al-Sham and al-Nusra, and Turkmens.

Nassan connects the latest moves to an imminent meeting in Riyadh, where Saudis are organizing new alliance-building for the Syrian opposition forces.“Behind the term ‘moderate forces’ are Saudi Arabia and Turkey,’ Nassan told the Diken website.” (“What lies beneath Turkey’s ’Mosul move’?“, Today’s Zaman)

So it looks like an agreement has been struck between Turkey, the KRG and the United States to seize parts of northern Iraq and eastern Syria to create a de facto Sunni state that will be jointly-controlled by Ankara and Washington.  It also looks like Obama has agreed to use dodgy jihadi-proxies (aka–Terrorists) to work alongside US Special Forces to carry out future military operations.  So while the effort to remove Assad has been temporarily put on the backburner, the determination to destroy Syria is as strong as ever.