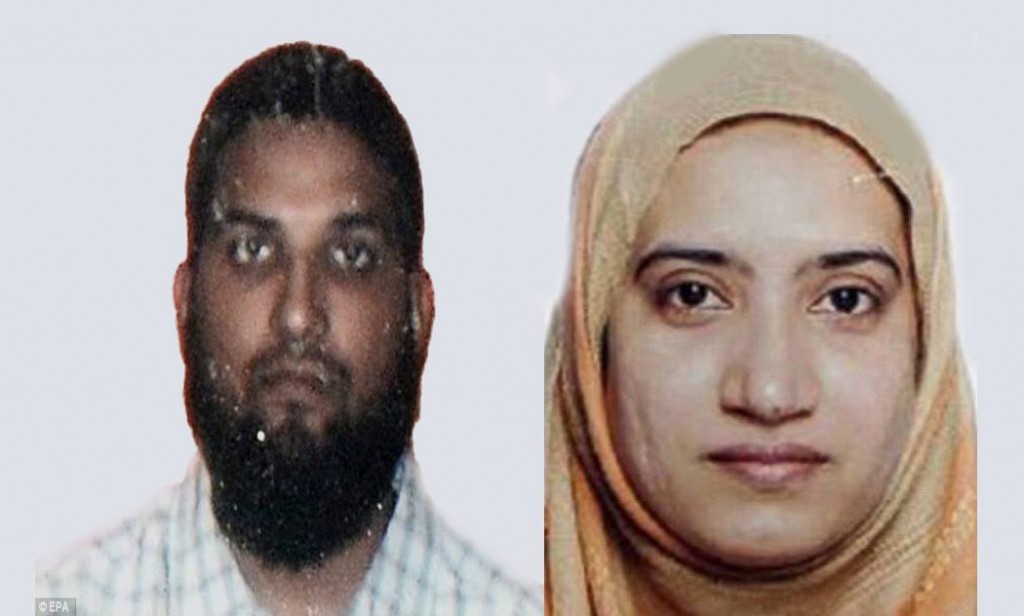 Abdul Aziz himself escaped police action in a Burqa while his brother got killed – probably ran out of Burqas. Tashfeen Malik might also be present in this crowd pledging allegiance to the ISIS caliphate of Abu Bakr Baghdadi and Mullah Omar. Maulana Abdul Aziz is also infamous for his hate speech against Shia muslims and his refusal to condemn the massacre of 150 school children by his Deobandi Taliban comrades in December 2014.

This was the massacre which finally compelled even PM Nawaz Sharif to issue token condemnation of the Taliban before resorting to inaction against the Deobandi madrassa network. PM Nawaz Sharif and his brother Shahbaz Sharif have been public supporters and admirers of the Taliban since the 1990s and his party PML N has mostly opposed General Musharaf’s action against the Lal Masjid in 2007.

Instead of trying Musharaf for his illegal military coup in 1999, the PML N government and the Pro PML N Judiciary have been hounding Musharaf for his 2007 military action against the same Lal Masjid and for his poorly executed efforts to weed out Taliban friendly judges like PCO Iftikhar Chaudhary.

Contrary to the propaganda of anti-Ahmadi bigots like Hamid Mir and other sections of Pakistan’s Pro Taliban media, there were negligible civilian casualties in the 2007 Lal Masjid operation. The action against the Lal Masjid caused a tremendous backlash to Musharaf. Jamaat Islami, PML N, PTI and some civil society PPP opportunists (Aitzaz Ahsan) used this backlash during the lawyers movement against Musharaf. 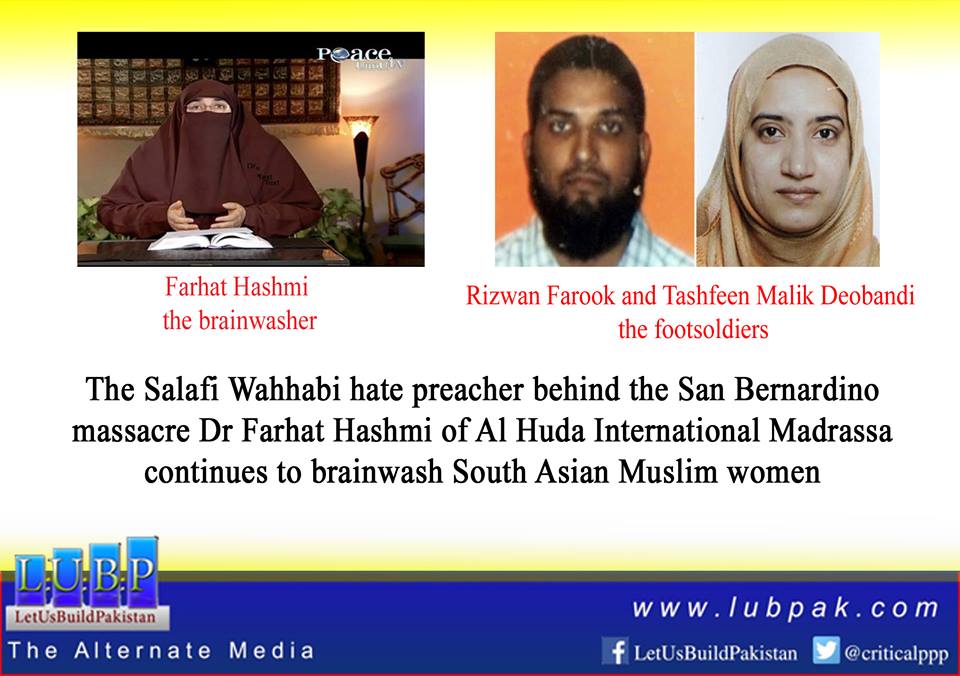 Maulana Aziz’s network of Deobandi sect mosques and madrasses (some on illegally occupied public property) is one of the breeding grounds of terrorists in Pakistan such as ASWJ-LeJ, Al Ghazi brigade of suicide bombers etc.

Exclusively Deobandi and Wahhabi madrassa graduates were part of a long standing policy of being used as Non State “actors” in Afghanistan and Kashmir – a policy that reached its peak under former COAS General Kiyani and may still be in use due to sympathies of certain elements within the military and political establishment.

ASWJ-LeJ and LeT were the biggest public supporters of the PML N government during the PAT and PTI anti-government protests. PAT is an anti-Taliban Sunni (Barelvi) group whose 100 members were massacred and wounded in Model Town by the PML N government in June 2014. Just a day earlier, PAT had publically come out against the Taliban.

If the United States is really sincere in getting to the roots of the San Bernardino massacre – a sincerity that is questionable given that it still has ISIS and Al Qaeda facilitating allies like Saudi Arabia and Turkey – then it must go after the Lal Masjid.

If the United States is sincere to the victims of the San Bernardino tragedy, it can no longer afford to ignore radical Deobandi epicentres of terrorism like the Lal Masjid and Jamia Binoria and Jamia Haqqania (Akkora Khattak). These breeding grounds of hate need to be dismantled and for that the United States will need to exert pressure on the Saudi stooge government of Nawaz Sharif.

Not only the United States but Pakistan, Afghanistan and India will be better off without such breeding grounds of hatred as the Lal Masjid.