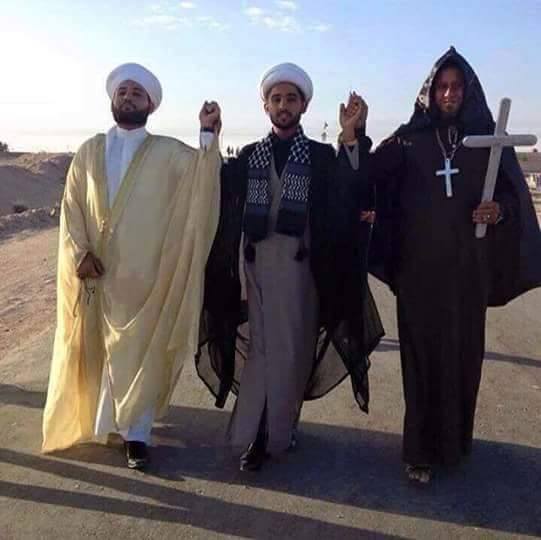 I got this picture from my Facebook friend Sheheryar Naqvi‘s wall and it is one of several pictures that highlights the Universality of the Arbaen commemoration at Karbala of Imam Hussain Ibne Ali and his family and companions. All races, religions, sects are welcome and the Southern Iraqis of Banu Asad have shown the world that their hospitality for the pilgrims of Imam Hussain is second to none – in human history. The tens of millions marching towards Karbala represent the aspirations of hundreds of millions more whose hearts are with Imam. Hussain – who are all Hussainis.

Arbaen of Imam Hussain is a resounding blow to ISIS. It is a rejoinder to those Al Qaeda sickos who mock the commemoration of Imam Hussain There is a tiny fraction of Uncle Tom drawing room elitest Shia-collaborators who keep attempting to create binaries btw faith rituals and Azadaris in order to curb the latter – Arbaen proves that you failed – again.