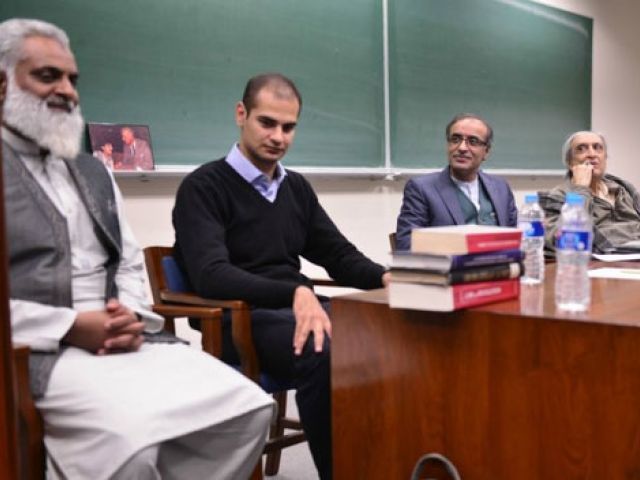 No one would have expected one of Pakistan’s most prestigious institutions, Lahore University of Management Sciences (LUMS), to land into hot water for organising a conference titled Pakistan’s Contribution to the Muslim Intellectual Tradition. But that is exactly what has happened.

The conference, which took place at the Mushtaq Ahmad Gurmani School of Social Sciences and Humanities at LUMS on November 13, courted ire from various quarters for failing to invite even a single female scholar to speak at the event.

Students, alumni and faculty of the university have taken severe exception to this grave oversight which ‘actively reinscribe and reinforce’ gender inequalities. One former student Fatima Tassadiq has even started an online petition to protest against the exclusion of women. So far, she has amassed over 200 supporters.

“We are at a complete loss to understand how a two-day conference boasting six panels, each with multiple speakers, along with chairs, and keynote speakers, was organised without the inclusion of a single woman,” Tassadiq writes in the petition titled Letter of Protest to LUMS MAG School of Humanities Social Sciences.

LUMS has been contacted for comment but has not replied as of yet.

What further irked Tassadiq and many other like-minded individuals was the fact that the university had even  failed to invite a female researcher to chair some of the panels.

“Given the diversity in the backgrounds of participants, it is difficult for us to understand how women were completely excluded from the programme. Are there no female scholars working in these fields? If the organisers of the conference did not receive high quality papers from female researchers responding to the conference’s call for papers, was it not possible to invite female scholars to at least chair some of the panels?” she argues.

“Given that one of the panelists participated in the conference via a proxy who read the paper out, is it unreasonable for us to expect that the same could have been done for female scholars not based in Lahore?”

Specifically addressing Sohail Naqvi, Ali Khan and Kamal Ahmed Munir, the letter adds, “We are deeply troubled by the total erasure of all female voice at a major conference in one of the leading institutes of the country, especially considering the relatively high number of female academics and students at LUMS.”

Conceding that gender inequality is prevalent within academia all over the world, Tassadiq’s allows that LUMS could not be expected to right this enormous wrong in one go. However, she maintains that such events actively compound the matter.

“All male conferences in 2015 are not mere accidents, nor are they to be taken lightly. Far from passively reflecting pre-existing gender inequities, such events actively reinscribe and reinforce the exclusion of women.”