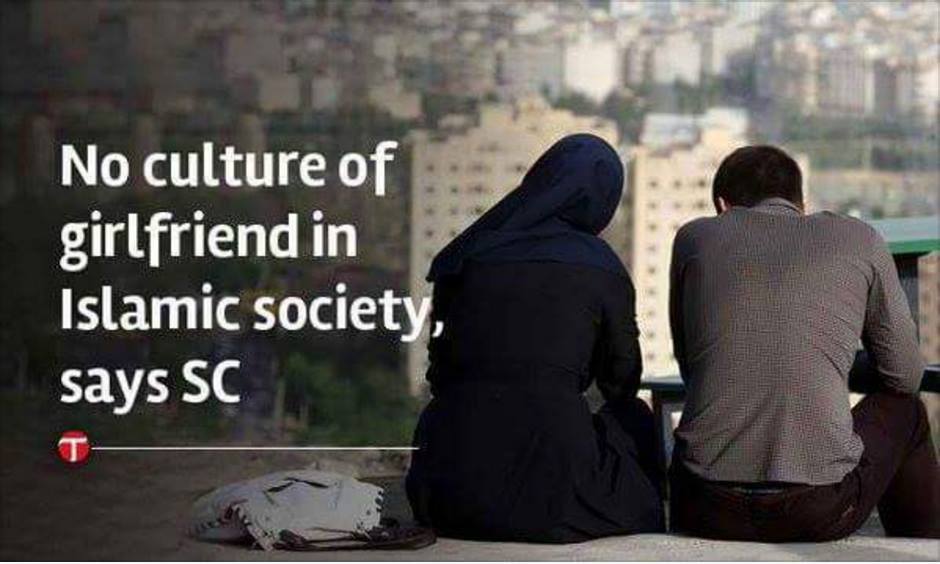 Editor’s Note: Supreme court should focus on dealing with heinous crimes like religious terrorism, extremism, corruption and rape instead of observations on personal ethics and morality.

ISLAMABAD: The top court has rejected a bail application of accused who is allegedly involved in creating Facebook account of a female without consent and uploaded her pictures.

The two-judge bench of the Supreme Court, headed by Justice Amir Hani Muslim, on Wednesday took up bail application, filed by a young boy namely Muhammad Munir, who is behind bars for the last two months.

The bench has asked the Federal Investigating Agency (FIA) to submit the challan within 14 days and the trial court should decide the matter within six months.

Barrister Masroor Shah appearing on behalf of the applicant submitted that Munir is a computer operator in DCO office Haripur and Shagufta, who is his classmate, is residing in Peshawar.

He contended that Munir had created the account in the name of Shagufta with her consent.

Later, she gave application to FIA against Munir for the registration of case on the charge that he created a fake account under her name.

On the query of the bench regarding their mutual relationship, the counsel replied that she is Munir’s girlfriend. Upon this, the bench remarked that there is no culture of girlfriend in an Islamic society as it is a Western concept.

After hearing the counsel’s arguments, the bench refused to grant bail to the accused.

Later, Barrister Masroor expressed apprehension over the court’s refusal and said such kind of cyber laws might be misused.