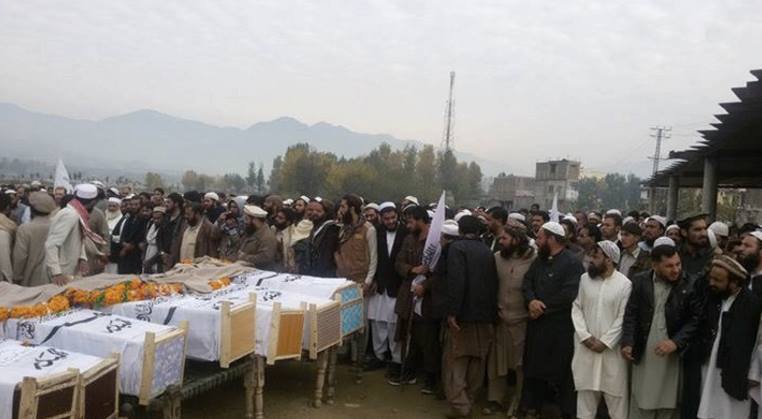 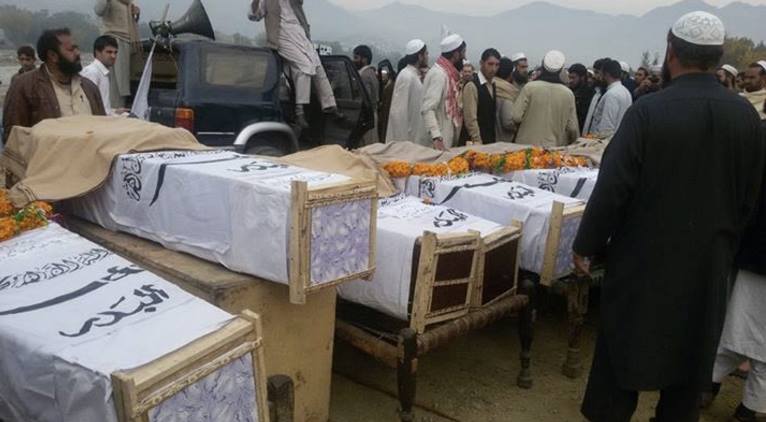 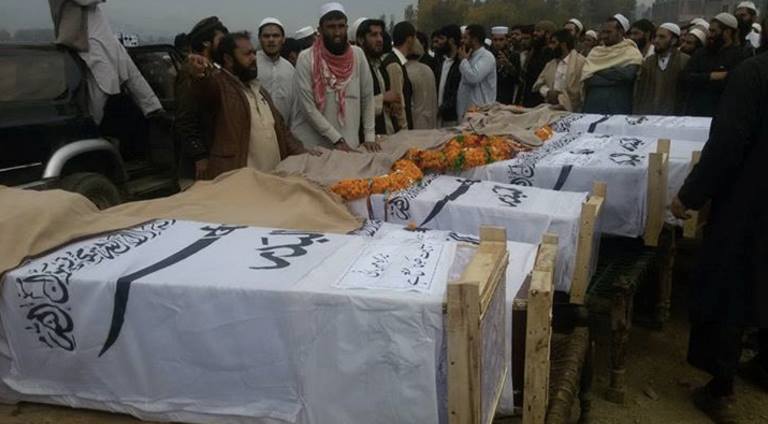 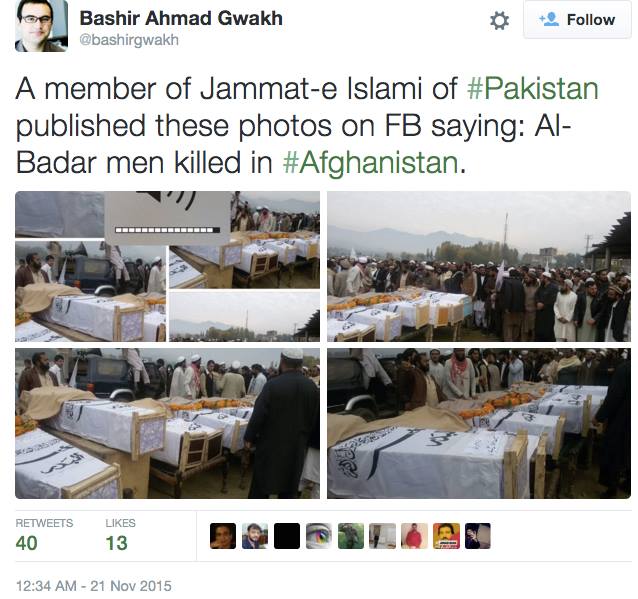 LOWER DIR, Pakistan — A mass funeral on Friday for as many as 20 local militants said to have been killed by American airstrikes in neighboring Afghanistan drew hundreds of mourners in the northwestern Pakistani district of Lower Dir, according to local residents and participants.

It was unclear exactly when or where the militants had been killed, though the Afghan news media reported that a drone strike on Nov. 16 in the eastern Afghan province of Nangarhar, near the border, killed at least 12 people, including nine foreigners.

The funeral involved 20 coffins that had been brought to Timergara, the capital of Lower Dir district. The faces of the militants were not shown, and many coffins were said to include only partial remains.

Afghan officials have complained that a greater number of Pakistani fighters than usual have joined a heavy wave of Taliban offensives this year, despite a Pakistani military crackdown on militant groups.

Although many cross-border attacks in Afghanistan are carried out by the Haqqani network, or other affiliates of the Afghan Taliban, locals who attended the funeral on Friday said that the dead were members of Al Badar Mujahedeen, a militant group with ties to the Afghan insurgent group Hezb-i-Islami.

One main speaker at the ceremony, a Pakistani commander for Hezb-i-Islami named Naseeb Rehman Darwesh, said that dozens of militants from Lower Dir, a remote district of Khyber-Pakhtunkhwa Province, had been killed in Afghan battles over the past year. But he pledged that the fight would go on.

“We will continue to fight the American forces and its ally Afghan forces,” Mr. Darwesh said.