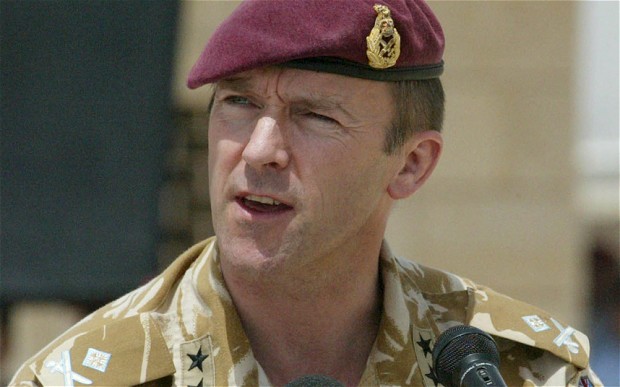 Qatar and Saudi Arabia have ignited a “time bomb” by funding the global spread of radical Islam, according to a former commander of British forces in Iraq.

General Jonathan Shaw, who retired as Assistant Chief of the Defence Staff in 2012, told The Telegraph that Qatar and Saudi Arabia were primarily responsible for the rise of the extremist Islam that inspires Isil terrorists.

The two Gulf states have spent billions of dollars on promoting a militant and proselytising interpretation of their faith derived from Abdul Wahhab, an eighteenth century scholar, and based on the Salaf, or the original followers of the Prophet.

But the rulers of both countries are now more threatened by their creation than Britain or America, argued Gen Shaw. The Islamic State of Iraq and the Levant (Isil) has vowed to topple the Qatari and Saudi regimes, viewing both as corrupt outposts of decadence and sin.

So Qatar and Saudi Arabia have every reason to lead an ideological struggle against Isil, said Gen Shaw. On its own, he added, the West’s military offensive against the terrorist movement was likely to prove “futile”.

This is a time bomb that, under the guise of education, Wahhabi Deobandi Salafism is igniting under the world really. And it is funded by Saudi and Qatari money and that must stop,” said Gen Shaw. “And the question then is ‘does bombing people over there really tackle that?’ I don’t think so. I’d far rather see a much stronger handle on the ideological battle rather than the physical battle.”

Gen Shaw, 57, retired from the Army after a 31-year career that saw him lead a platoon of paratroopers in the Battle of Mount Longdon, the bloodiest clash of the Falklands War, and oversee Britain’s withdrawal from Basra in southern Iraq. As Assistant Chief of the Defence Staff, he specialised in counter-terrorism and security policy.

All this has made him acutely aware of the limitations of what force can achieve. He believes that Isil can only be defeated by political and ideological means. Western air strikes in Iraq and Syria will, in his view, achieve nothing except temporary tactical success.

When it comes to waging that ideological struggle, Qatar and Saudi Arabia are pivotal. “The root problem is that those two countries are the only two countries in the world where Wahhabi Salafism is the state religion – and Isil is a violent expression of Wahabist Salafism,” said Gen Shaw.

“The primary threat of Isil is not to us in the West: it’s to Saudi Arabia and also to the other Gulf states.”

Both Qatar and Saudi Arabia are playing small parts in the air campaign against Isil, contributing two and four jet fighters respectively. But Gen Shaw said they “should be in the forefront” and, above all, leading an ideological counter-revolution against Isil.

The British and American air campaign would not “stop the support of people in Qatar and Saudi Arabia for this kind of activity,” added Gen Shaw. “It’s missing the point. It might, if it works, solve the immediate tactical problem. It’s not addressing the fundamental problem of Wahhabi Salafism as a culture and a creed, which has got out of control and is still the ideological basis of Isil – and which will continue to exist even if we stop their advance in Iraq.”

Gen Shaw said the Government’s approach towards Isil was fundamentally mistaken. “People are still treating this as a military problem, which is in my view to misconceive the problem,” he added. “My systemic worry is that we’re repeating the mistakes that we made in Afghanistan and Iraq: putting the military far too up front and centre in our response to the threat without addressing the fundamental political question and the causes. The danger is that yet again we’re taking a symptomatic treatment not a causal one.”

Gen Shaw said that Isil’s main focus was on toppling the established regimes of the Middle East, not striking Western targets. He questioned whether Isil’s murder of two British and two American hostages was sufficient justification for the campaign.

“Isil made their big incursion into Iraq in June. The West did nothing, despite thousands of people being killed,” said Gen Shaw. “What’s changed in the last month? Beheadings on TV of Westerners. And that has led us to suddenly change our policy and suddenly launch air attacks.”

He believes that Isil might have murdered the hostages in order to provoke a military response from America and Britain which could then be portrayed as a Christian assault on Islam. “What possible advantage is there to Isil of bringing us into this campaign?” asked Gen Shaw. “Answer: to unite the Muslim world against the Christian world. We played into their hands. We’ve done what they wanted us to do.”

However, Gen Shaw’s analysis is open to question. Even if they had the will, the rulers of Saudi Arabia and Qatar may be incapable of leading an ideological struggle against Isil. King Abdullah of Saudi Arabia is 91 and only sporadically active. His chosen successor, Crown Prince Salman, is 78 and already believed to be declining into senility. The kingdom’s ossified leadership is likely to be paralysed for the foreseeable future.

Meanwhile in Qatar, the new Emir, Tamim bin Hamad al-Thani, is only 34 in a region that respects age. Whether this Harrow and Sandhurst-educated ruler has the personal authority to lead an ideological counter-revolution within Islam is doubtful.

Given that Saudi Arabia and Qatar almost certainly cannot do what Gen Shaw believes to be necessary, the West may have no option except to take military action against Isil with the aim of reducing, if not eliminating, the terrorist threat.

“I just have a horrible feeling that we’re making things worse. We’re entering into this in a way we just don’t understand,” said Gen Shaw. “I’m against the principle of us attacking without a clear political plan.”