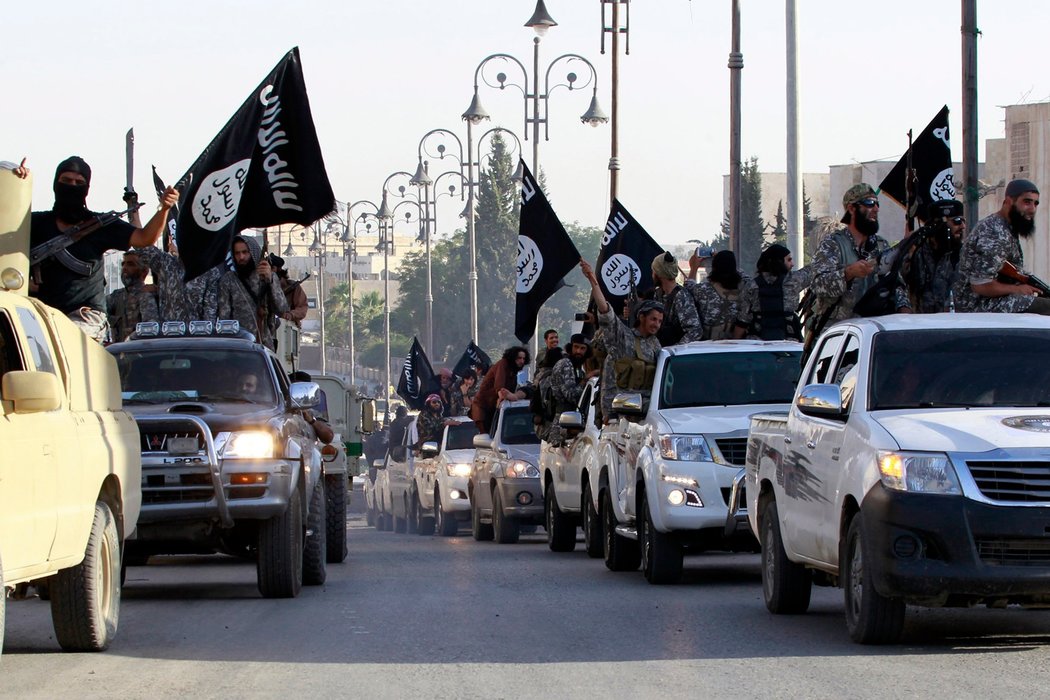 Much of the world agrees that the Islamic State needs to be crushed. But how that can be accomplished, and what the unintended consequences may be, are a lot more complicated.

The group, also known as ISIS, ISIL and Daesh, has proved to be as flexible and amoebalike as it is apocalyptic and brutal. It thrives under pressure, and a stepped-up war by the West may be just what it wants, to draw new recruits.

And don’t forget that the group’s predecessor was defeated once before: Al Qaeda in Mesopotamia, established to fight the Americans after the invasion of Iraq in 2003, was gutted and its leaders killed by 2009. That took thousands of American lives, many billions of dollars and an ultimately unsustainable effort to pay Sunni tribal leaders to fight against the group.

But after the Americans left Iraq, the group rose again from the shadows, and in its reincarnation became even more brutal and determined.

Now that an array of regional and world powers, including rivals like Russia and the United States, Saudi Arabia and Iran, agree that the group must be crushed, the question is how to avoid a repeat of past failures.

Talking to a diverse group of experts, officials, religious scholars and former jihadis makes clear there is no consensus on a simple strategy to defeat the Islamic State. But there are some themes — like the need to take a decisive role in the Syrian conflict and to pushing a broader reformation of Islam — that a range of people who follow the group say must be part of a solution.

In August 2011, as the Syrian government increased its use of force to crush a popular uprising, President Obama called for President Bashar al-Assad to go.

“For the sake of the Syrian people, the time has come for President Assad to step aside,” he said.

Since then, a lot has changed, but not Mr. Obama’s position. Even today, while willing to tolerate Mr. Assad in power for a brief transition, the United States has tried to battle the Islamic State inside Syria without appearing to bolster Mr. Assad.

The Russians, however, insist that the focus should be on defeating the Islamic State, and that Mr. Assad is an ally in that battle.

Experts say the United States’ position — beating the Islamic State and ousting Mr. Assad — has been largely ineffective on both counts. Now, they say, it is time for the United States to abandon the dual focus and take a stand.

One option is for the United States to align with Russia, Iran and the Syrian government, establishing an alliance to carry out an intensified war against the group.

“You cannot play two cards at once,” said Kirill V. Kabanov, a Russian security expert and a former domestic intelligence agent, describing what he sees as the flawed Western approach of trying to defeat both Mr. Assad and the Islamic State. He said the solution was choosing the lesser evil — Mr. Assad, in his view — in the Syrian civil war.

The other option is for the United States to prioritize the removal of Mr. Assad, whose military has been responsible for far more carnage in Syria than the Islamic State. As long as Mr. Assad is in power, it will be difficult to get many Sunni rebels to help in the fight against the group.

“There is probably no solution to ISIS until there is a solution to Assad,” said J. M. Berger, a scholar at the Brookings Institution and a co-author of the book “ISIS: The State of Terror.” “That is the factor that paralyzes everything else.”

Emile Hokayem, a senior fellow at the International Institute for Strategic Studies, argued that Western powers needed to start identifying Mr. Assad’s government as part of the problem, because its brutality and sectarianism have allowed the Islamic State to thrive.

“Assad is not a sideshow,” he said. “He is at the center of this massive dilemma.”

If the United States went this route, it would immediately have the support of Saudi Arabia and Turkey, but it would require a great deal of diplomatic heavy-lifting to persuade Mr. Assad’s two most important backers — the Russians and the Iranians — to agree to his removal.

“The answer is simple: To beat ISIS, you need the enlistment of the Sunni forces that won’t happen as long as Assad remains in power in Damascus,” said Ehud Yaari, an Israel-based fellow at the Washington Institute for Near East Policy. “The shortest and most effective way to deal with ISIS is for the United States and Russia to come to an agreement about the removal of Assad, and they will get support from others. Then the Sunni forces, the rebels, can deal with ISIS on the ground.”

An effective, long-term strategy to defeat the Islamic State requires an uncomfortable acknowledgment, some experts say: that there is an internal conflict within Islam over the direction of the faith, with a radical strain that has enlisted thousands of fighters to its side.

“The statement that this has nothing to do with Islam is disingenuous,” said Maajid Nawaz, a former recruiter for a radical Islamist group who was imprisoned in Egypt from 2001 to 2006.

“We need to have a candid conversation about this and recognize that there is a correlation between scripture and this,” he said.

This is a complex and delicate problem that must be confronted on multiple levels, within the religious community, for sure, but also in international diplomacy, experts say.

In particular, Russian experts said the wellspring of radical religious ideology was Saudi Arabia and the Sunni states of the Persian Gulf. Their support of Islamic fundamentalist causes — radical imams and schools — has bred the sort of extremist ideology that is the backbone of groups like the Islamic State, the experts said.

“The roots are not in Syria, but far away,” said Gennady V. Gudkov, a former colonel in the Federal Security Service and former member of Parliament. He says a source of the problems is the Persian Gulf states, including Saudi Arabia, which have also supported jihadists as a proxy force fighting Iranian influence. “The problem is far more serious. All the world leaders should think of this: A significant part of the Islamic religion is infected with a tumor that is metastasizing.”

An ultimate defeat of the group cannot happen without a reformation within Islam, experts say, and that necessitates a recognition that interpretations of Islam are at the core of the problem, and an outreach to moderate Muslims. The public, said Amaney A. Jamal, a professor at Princeton University, has to see Muslims as part of the solution, not just the target of strategies.

“Where is the panel this morning on the Sunday talk shows where you have Muslim leaders alongside Western leaders to talk about how they’re going to conquer this problem?” she asked. “Instead, you’ll get panels of Western leaders and public policy intellectuals telling you what they will do about Muslims, talking at Muslims.”

Nothing short of a sustained effort among Muslims to offer an alternative to extremist versions of the religion is needed, religious leaders say. “ISIS is the one that is saying, ‘We have something to offer you: a sense of purpose, a sense of fulfillment.’ That is what is missing,” said Imam Mohamed Magid, a spiritual leader in Virginia.

“We need to have a strong religious identity that calls people to action, but action in a way that is constructive, not destructive, and promotes life, not death,” he said.

When the Obama administration began carrying out a bombing campaign against the Islamic State in Iraq and Syria last year, it did so with caution to minimize civilian casualties. That meant, for example, it did not go after known targets in Raqqa, Syria — the Islamic State’s self-proclaimed capital — where more than one million people live.

The campaign has no American advisers on the ground to pinpoint airstrikes and has to rely on Iraqis for targeting information in their country, prompting experts to criticize it as too modest to inflict enough damage on the terrorist group.

But if the world is wedded to a military solution, it is likely to come at a high cost in human lives. Some Russian and Israeli experts argue that an effective military approach would have to meet brutality with brutality. It could not, they say, be waged only from the air.

Some Russians pointed to the operation to tame an Islamist insurgency in Chechnya. Russians effectively adopted a scorched-earth policy, devastating the capital, Grozny, and even holding the families of jihadists hostage.

In Chechnya, the houses of relatives were demolished or burned, and brothers and other members of militants’ family were abducted. Mr. Kabanov, the former Russian intelligence agent, said jihadists should be forced to think twice before strapping on a suicide belt.

“He should understand his relatives will become accomplices,” he said.

Speaking on Israeli radio on Sunday, Shabtai Shavit, a former chief of Mossad, the Israeli intelligence service, said the international coalition that has been fighting the Islamic State for more than a year must “stop talking and start doing.”

He continued: “With this enemy, we have to push aside arguments on law, morality and comparisons of security and the rights of the individual. That means to do what they did in World War II to Dresden. They wiped it off the map. That is what has to be done to all the territorial enclaves that ISIS is holding.”

Unsaid, though, were the thousands of deaths of civilians in Dresden.

While Israel has also gone after families of bombers — demolishing homes, for example — that approach backfired in Iraq, inflaming Sunni anger toward the Shiite-led government and enabling the Islamic State’s rise.

Eradicating the group militarily from the territory it controls could come with another cost.

“Thousands of angry young men who were manning checkpoints and policing the streets of I.S. will be freed up to commit terrorism instead,” said Mr. Berger, the Brookings scholar. “The result will probably be a wave of terrorism the likes of which the world has never seen.”

For the long term, eradicating the Islamic State and other violent jihadi groups will probably require drastic reforms in the nature of governments in the Middle East: greater accountability, fair justice, better schools, more job prospects.

“ISIS thrives on the failures of Middle Eastern governments,” said Mr. Hokayem, the analyst at the International Institute for Strategic Studies.

In Europe and the United States, more attention to integrating Muslim communities, so young men do not turn radical, is also needed, analysts say.

“We need to create a better vision for our own society and better prospects for young people and make sure they are better integrated in to our society,” said Joost Hiltermann, the Middle East and North Africa program director for the International Crisis Group.

In the sweep of history, there is also a deep sense of decline among Muslim communities that extremist groups exploit, promising to restore a sense of dignity and prestige to the Islamic world.

“ISIS is tapping into a deep emotional wound amid Arabs and Muslims,” said Ed Husain, a British activist and author whose book, “The Islamist,” recounts his own turn away from youthful radicalism. “For more than a millennium, there were Muslim leaders who upheld Muslim dignity through unity and leadership. The Ottomans in the Middle East, for example, and their Mamluk or Abbasid predecessors.”

He said that in establishing its so-called caliphate, the Islamic State has offered an alternative to this historical decline.

Arab governments, he said, “cannot beat this transnational movement with secular nationalism, but learn from the E.U. on how it reinstated dignity and esteem to Germany, France and the continent through free movement of people, labor and ideas.”

This, he said, is the “missing part” to a long-term strategy to defeat radical Islam.