Home  »  Newspaper Articles   »   Paris massacre: The only real solution is the destruction of Isis – by Patrick Cockburn 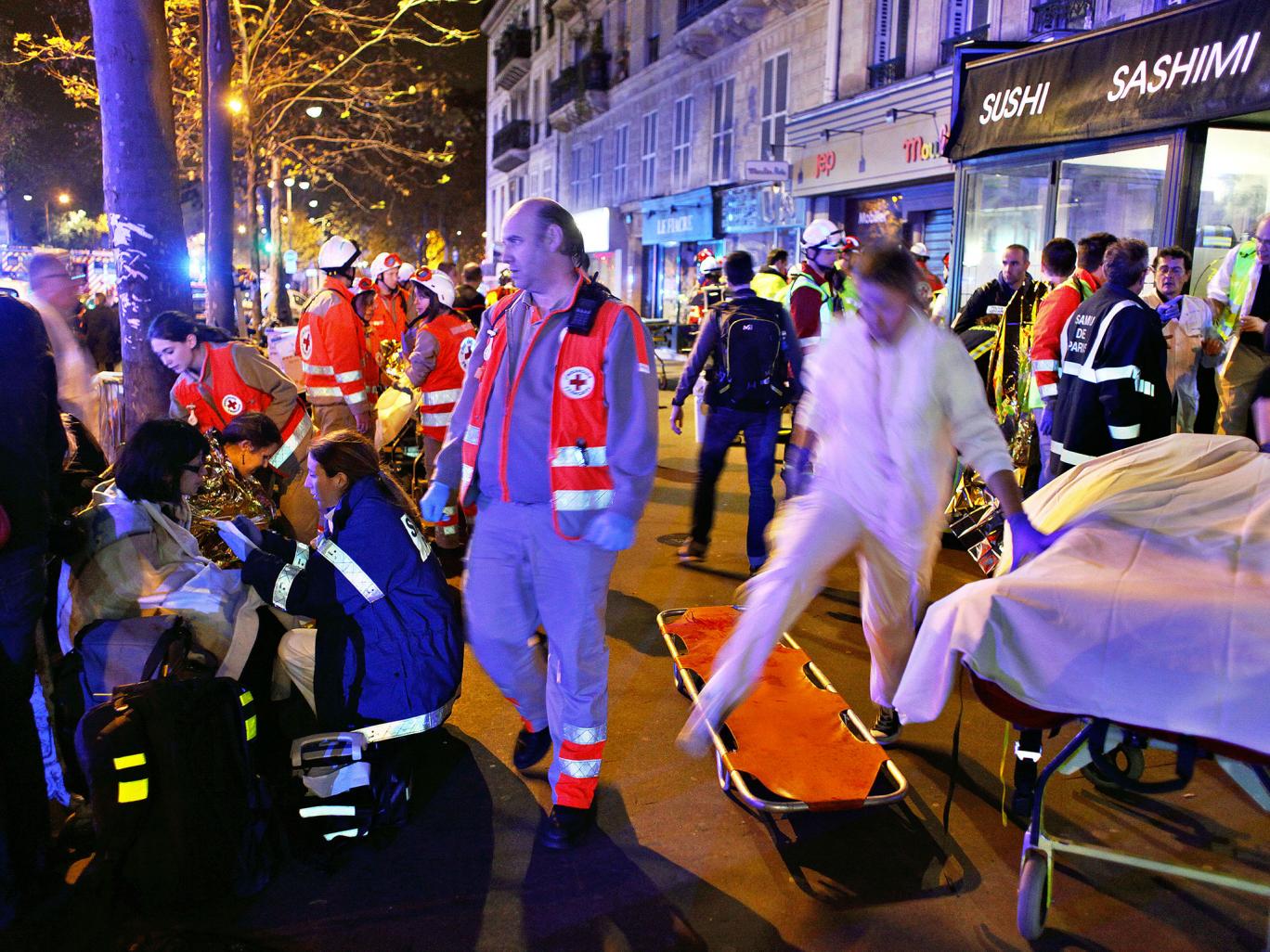 The “Islamic State”, as Isis styles itself, will be pleased with the outcome of its attacks in Paris. It has shown that it can retaliate with its usual savagery against a country that is bombing its territory and is a power to be feared at a time when it is under serious military pressure. The actions of just eight Isis suicide bombers and gunmen are dominating the international news agenda for days on end.

There is not a lot that can be done about this. People are understandably eager to know the likelihood of their being machine-gunned the next time they sit in a restaurant or attend a concert in Paris or London.

But the apocalyptic tone of press coverage is exaggerated: the violence experienced hitherto in Paris is not comparable with Belfast and Beirut in the 1970s or Damascus and Baghdad today. Contrary to the hyperbole of wall-to-wall television coverage, the shock of living in a city being bombed soon wears off.

Predictions of Paris forever trembling in expectation of another attack play into the hands of Isis.

A further disadvantage flows from excessive rhetoric about the massacre: instead of the atrocities acting as an incentive for effective action, the angry words become a substitute for a real policy. After the Charlie Hebdo murders in January, 40 world leaders marched with linked arms through the streets of Paris proclaiming, among other things, that they would give priority to the defeat of Isis and its al-Qaeda equivalents.

But, in practice, they did nothing of the sort. When Isis forces attacked Palmyra in eastern Syria in May, the US did not launch air strikes against it because the city was defended by the Syrian army and Washington was frightened of being accused of keeping President Bashar al-Assad in power.

In effect, the US handed Isis a military advantage which it promptly used to seize Palmyra, behead captured Syrian soldiers and blow up the ancient ruins.

The Turkish President Recep Tayyip Erdogan said at the G20 meeting in Turkey that “the time for talking is over” and there must be collective action against “terrorism”.

This sounds like an impressive Turkish stand against Isis, but Mr Erdogan has explained that his definition of “terrorist” is wide-ranging and includes the Syrian Kurds and their paramilitary People’s Protection Units (YPG) whom the US has found to be its best military ally against Isis.

Mr Erdogan’s enthusiasm for attacking Kurdish insurgents in Turkey and northern Iraq has turned out to be much stronger than his desire to attack Isis, Jabhat al-Nusra and Ahrar al-Sham.

There is little sign that the G20 leaders gathered in Turkey have understood the nature of the conflict in which they are engaged. Isis’s military strategy is a unique combination of urban terrorism, guerrilla tactics and conventional warfare. In the past, many states have used terrorism against opponents, but, in the case of Isis, suicide squads focusing on soft civilian targets at home and abroad are an integral part of its war-making strategy.

When the YPG captured Isis’s border crossing into Turkey at Tal Abyad in June, the group retaliated by sending fighters in disguise to the Kurdish city of Kobani where they slaughtered over 220 men, women and children.

When Russia started its air campaign against Isis and extreme jihadists on 30 September, Isis responded with a bomb planted on a Russian plane leaving Sharm el-Sheikh that killed 224 passengers.

Another mistake made by G20 leaders is to persistently underestimate Isis. David Cameron said it should not be dignified by the name “Islamic State”, but unfortunately it is a real state and one which is more powerful than half the members of the UN, with an experienced army, conscription, taxation and control of all aspects of life within the vast area it rules.

So long as it exists, it will project its power through suicide operations like those we have just seen in Paris. Because the potential target is civilian populations as a whole, no amount of increased security checks or surveillance is going to be effective. The bomber will always get through.

The only real solution is the destruction of Isis: this can only be done by a US and Russian air campaign against it in partnership with those on the ground who are actually fighting it.

The US Air Force has done so effectively with the YPG, enabling them to defeat Isis at Kobani, and with the Iraqi Kurdish Peshmerga, who captured the city of Sinjar last week. But the US baulks at attacking Isis when it is fighting the Syrian army or the Shia militias in Iraq. Given that these are the two strongest military formations fighting Isis, America’s military punch is being pulled where it would do most good.

Given the international sympathy for the French after the massacre in Paris, it is inevitable that there is almost no criticism of France’s muddle-headed policy towards the Syrian conflict.

Earlier this year, in an interview with Aron Lund of the Carnegie Endowment for International Peace, one of the leading French experts on Syria, Fabrice Balanche, who is currently at the Washington Institute for Near East Policy, said that “in 2011-12 we suffered a kind of intellectual McCarthyism on the Syrian question: if you said that Assad was not about to fall within three months you could be suspected of being paid by the Syrian regime”.

He noted that the French foreign ministry took up the cause of Syrian opposition, while the media refused to see the Syrian revolt as anything other than the continuation of revolutions in Tunisia and Egypt. They were blind to sectarian, political and social divisions which meant that there were always two sides to the Syrian civil war.

With the state bureaucracy, army general staff and security services packed with Alawites, it is almost impossible to get rid of Mr Assad and his regime, whose leaders come from the Alawite community, without the state collapsing, leaving a vacuum to be filled by Isis and its al-Qaeda counterparts.

Despite the latest terrorist attacks, there is still no long-term policy to prevent it happening again.