The sometimes upright President Hollande of France – by Khurrum Zaki 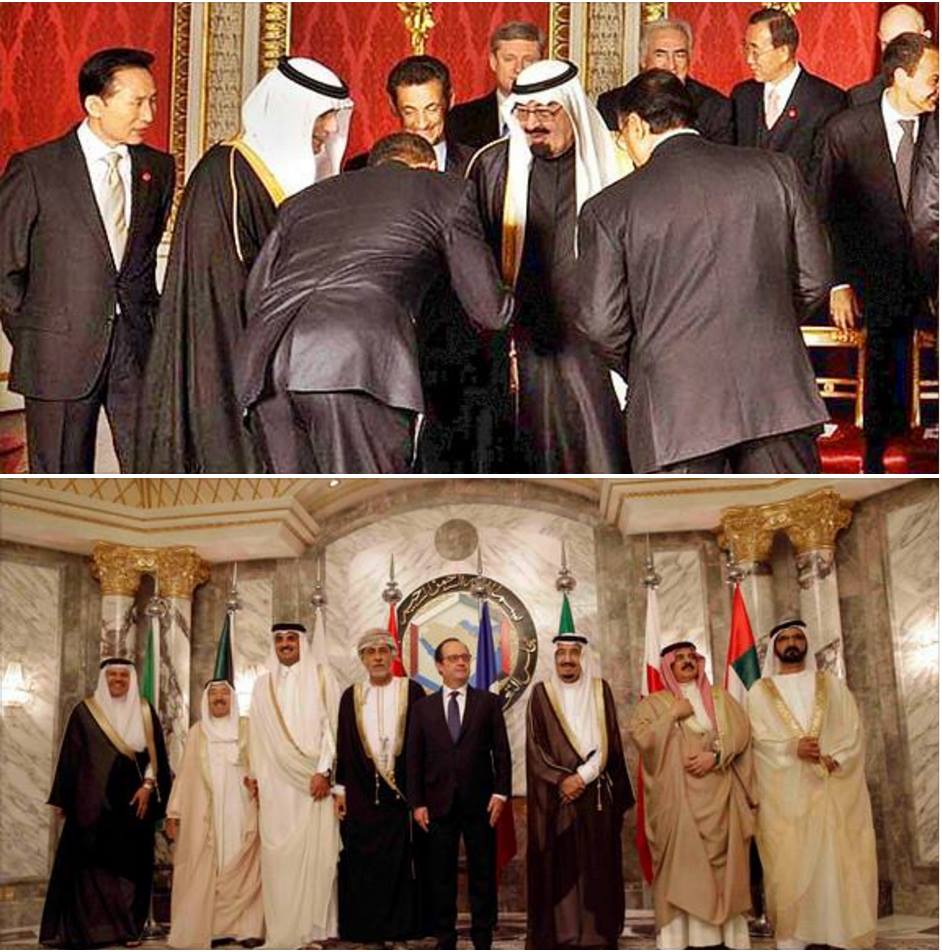 We must not bow down to Terrorism. We must support Democratic Norms everywhere. Assad Must Go. Women must have equal rights the world over. Minorities must be allowed the freedom of religion. We must punish those regimes that promote terrorism. Down with Russia. Down with Iran. Down with Syria.

Now excuse me as I bow down to the Saudi kings and pose as the errand boy of the Gulf despots whose proxies rained death and destruction on Paris. I must adopt a servile posture with those un-elected Kings whose Wahabi (Salafi and Deobandi) proxies massacred the very civilians who elected me to represent them – from the World Trade centre in 1993 to Paris 2015.

Every single terrorist act is carried by this cursed ideology. Seventeen of the nineteen hijackers of 9/11 were Saudi, there is no mention of democracy in places like Saudi Arabia Bahrain Qatar. Their support for the hate mongering bigots is encouraged, billions in trade and arms deals make the fat cats happy and innocent blood is shed all over the world.