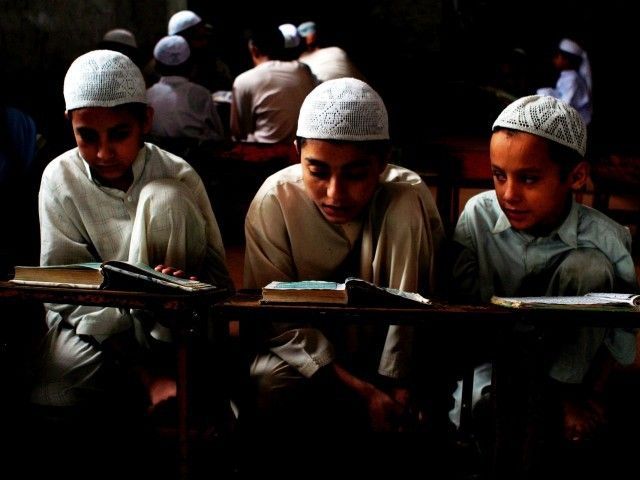 ISLAMABAD: The interior ministry told lawmakers on Wednesday that it has sealed 102 Deobandi seminaries for fanning extremism. Moreover, it has also frozen Rs1 billion in funds of proscribed militant groups.

This year, the government has closed down 87 madrassas in Sindh and 13 in Khyber-Pakhtunkhwa, he said. Two seminaries have been sealed in Punjab where a number of students were found in contact with banned groups. The LEAs have also identified 190 seminaries that receive funds from abroad.

As part of the strategy to choke terror financing, the State Bank of Pakistan (SBP) has frozen Rs1 billion in 126 accounts linked to proscribed organisations. Further, the LEAs have recovered Rs251.2 million in cash which was being traded through Hawala and Hundi. The government also recovered Rs19.77 million from suspects involved in the 2004 ‘Chowk Yadgar Operation’ in Peshawar.

Losses in War on Terror

Nisar said the war on terror has cost Pakistan Rs118.4 billion since 2001.

One of the areas the government has focused on under the National Action Plan (NAP) has been to curb dissemination of hate speech and material. In this regard, 1,961 suspects have been arrested and 1,893 cases filed against clerics. Of these, 271 have been convicted while 826 cases are still pending before special courts.

The government, Nisar argued, had also cracked down against the misuse of loudspeakers. As many as 7,000 cases have been filed and 6,855 alleged hate-preachers arrested. Of them, 1,482 have been convicted of hatemongering on loudspeakers.

About the surgical operation in Karachi, Nisar said the Rangers has arrested over 58,000 criminals. Of them, 9,570 were absconders while 630 were proclaimed offenders. Others apprehended during the operation included 1,731 murderers, 713 terrorists, 517 extortionists and 118 kidnappers. Security forces also recovered 15,612 illegal weapons during the operation.