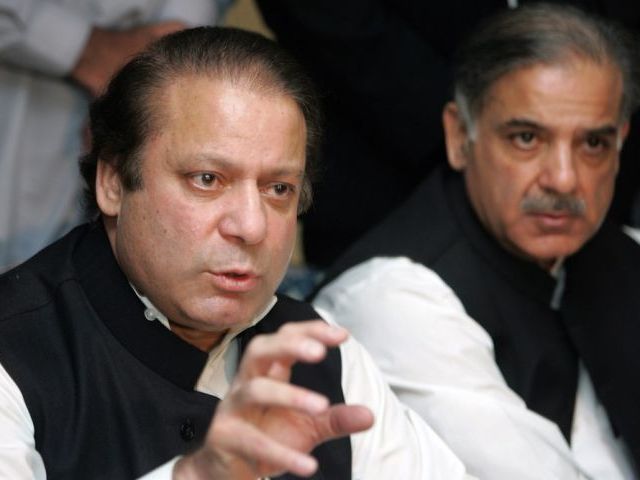 Nawaz Sharif and his coterie of closely related family members have dominated Pakistan’s politics ever since they were “elevated” by Pakistan’s most insidious military dictator, General Zia ul Haq.

This political dynasty have been in power in the Punjab – Pakistan’s most populous and influential province – for most of the last 4 decades. Barring the time they fled to Saudi Arabia and roughed it out in palaces with their 40 suitcases, the Sharifs have developed a strong electoral machine which has seen them rig at least 2 national elections without suffering any consequences. The current Pro Taliban judiciary and Pro Jihadi media is mostly in their pockets – especially the GEO/JANG group.

With their net worth allegedly in the billions of dollars, the Sharif dynasty has allegedly stashed significant assets via offshore fronts/shell companies in the UK, Turkey, China and Thailand. They are the sole political party that has used its financial capital to purchase loyalties on both sides of the ideological divide. The “liberals” who often portray Saudi stooge Nawaz Sharif as “anti establishment” are “guided” by a long time PML N hatchet man – a smooth talker seth par excellence. On the conservative side, there are the rabid slimy types like the Hamid Mirs and Javed Chaudharys.

Still, it is baffling why Nawaz Sharif and his nepotistic regime need security. They are in a coalition with ISIS-affiliated banned radical Deobandi terror network headed by the ASWJ-LeJ. Nawaz Sharif’s brother, Shahbaz Sharif who is the Punjab Chief Minister has publicly referred to the Taliban as being one and the same as his support base.
So where is the security risk?

In looting the public exchequer, an additional Rs. 346 million has been set aside for the personal security expenses of the Sharif dynasty.

“LAHORE: The Punjab government has released Rs364.4 million for the Sharif family’s security in the Jati Umra town near Lahore.
The funds will be used for reinforcing security and purchasing vehicles. These expenses are in addition to the funds already specified in the current budget for the security of Prime Minister Nawaz Sharif; his brother, Punjab Chief Minister Shahbaz Sharif; and their families.”

Will Pakistan’s pseudo liberal English media and overtly radical Urdu media talk about this grotesque misuse of public monies.
Will they spare a moment from their smut campaign against Imran Khan’s failed marriage to Reham Khan?

If the PPP had incurred even a fraction of this expense where its leaders like Bilawal are actually in danger from the Taliban and ASWJ-LeJ, the same press would have been howling with self righteous indignation. The same Pro Taliban judiciary would have taken half a dozen motions against them.

Clearly, money can buy you love. Just ask the liberal “devotees” of PM Nawaz Sharif who have forsaken their critical faculties for the lure of the Riyals.