Home  »  Original Articles   »   Madrassas: behind closed doors – This is not whole picture – by Aamir Hussaini 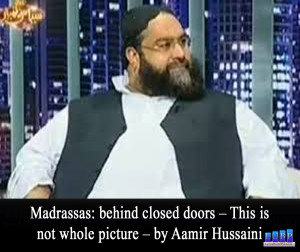 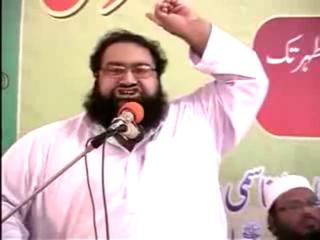 I am surprised that even he did not visit Darul-uloom Nidwa-ut-Ulama , Darul-uloom Farangi Mahal in India which also have hundreds of branches all over India and they have also historic importance .He choose in Pakistan just Muhammad Tahir Ashrafi Chairman of Pakistan Ulema Council representing mostly clerics from Sipah Sahaba Pakistan aka ASWJ .He called Tahir Ashrafi a moderate religious cleric who has converted himself from a (so called ) Jihadist into moderate and peace lover scholar.

Is it not surprising that Victor Mallet adopted the same way which we have seen in writings of our some liberal and moderate journalists and analysts like Najam sethi , Raza Rumi , Hamid Mir , Talat Hussain and others who not only called Tahir Ashrafi a liberal face of Deobandism but they played a significant role in promoting him in mainstream media as great liberal , moderate and peace promoting scholar despite his bigotry against Shia , Ahmadis , Christians , his support for Osama bin Laden , Mullah Omar , Al-Qaeda , Tehreek Taliban Afghanistan .Our top liberal journalist (name of those i mentioned above ) knew well his links with SSP aka ASWJ and its leadership including Malik Ishaq who was close friend of Mr Tahir Ashrafi.

American investigative journalist Carlotta Gall revealed some hidden aspects of personality of so called liberal , moderate Tahir Ashrafi in her exclusive book ” The Wrong Enemy ” and not only Carlotta Gall revealed Ashrafi links with former Army Chief Kayani but with Malik Ishaq and pointed out his role in release of Malik Ishaq founder of Lashkar Jhangvi killing machine of SSP aka ASWJ . Carlotta Gall had revealed that when Deobandi Takfiri terrorists Aqeel aka dr Usman and others attacked GHQ and they managed to enter in compund of GHQ then COAS had called three Deobandi leaders Muhammad Ahmad Ludhyanvi Chief of ASWJ , Tahir Ashrafi and Malik Ishaque who was in kotlakhpat jail at that time and sought their help .How can Mr Tahir Ashrafi be moderate and liberal Deobandi scholar when he made provoking speeches against Shahbaz Bhatti a Christian Senator of Pakistan Peoples Party and was Chairman of parliamentary committee for reforms in Balsphemy Act in last PPP’s tenure.

After that provoking speech made by Ashrafi poor senator was killed and same provoking role played Mr Tahir Ashrafi against former governor Salman Taseer who was also killed by commando of Punjab Elite force Malik Mumtaz .His provoking speech against Shahbaz Bhatti can be heard.

In that speech Mr Tahir Ashrafi says ,
“”English translation of the video: If you think that you can amend this law (the anti-blasphemy law introduced by Islamist military dictator General Zia-ul-Haq) which is about Qadianis (i.e., Ahmadis), and I want to say this to that pimp of the U.S. senators, Asif Ali Zardari, and (to his Minority Affairs Minister) Shahbaz Bhatti, you should not even dream of changing the Islamic clauses (of the national constitution and laws) in this country.

(Provoked and tipped by such hate speech, Deobandi militants of banned terrorist group Lashkar-e-Jhangvi (LeJ-ASWJ) killed Pakistan’s Federal Minister Shahbaz Bhatt on 2 March ) Mr Tahir Ashrafi is included in those Deobandi religious bigots who tried to provoke Deobandi youth on behalf of Saudi Arabia against Shia community while calling them agent of Iranian government and openly supported pro Saudi and Turky so called Islamic Jihadist organizations active in Syria and Iraq and propagated false and manufactured stories of suppression of Sunni population in both countries by Shia militant organizations and when Saudi led colliation forces invaded Yemen then he ran a solidarity movement in support of Saudi Arabia and commorated ” Saudi Arabia Day ”.

This clearlly proved that Mullah Tahir Ashrafi is not but just stooge of Saudi Arabia and their ruler family Al-Saud .But all these fact did not helped Gru of some liberal journalists and analysts Najam Sethi and his true follower Raza Rumi & Co not to project him a moderate and liberal scholar but i think our this type of journalists actually refered Tahir Ashrafi to Victor Mallet who conducted an interview with Tahir Ashrafi and he used data provided by Najam and Raza Rumi etc while making an intro of Tahir Ashrafi .
Victor should made an interview of Raghib Naeemi Sufi Sunni cleric whose father Dr Sarfraz Naeemi was killed in a suicide attack in 2009 in Jamia Naeemia Lahore and also should go to those shrines including Shrine of Hazrat Ali Usman Hajveri Data Sahib Lahore , Shrine of Baba Frid Ganj Shakar Pakpattan district , Shah Abdullah Ghazi in Karachi and meet Sajada Nasheens of those shrine where Deobandi Takfiri terrorists blew themselves and ask them about radicalization of Deobandi seminaries and their role in proliferating terrorism in Pakistan.

Victor although pointed out lightly some connections between radicalization of Deobandi seminaries and Saudi aid and import of so called Salafi -Wahhabi extremist Ideology but he could not reach those experts who had made exclusive research on this like great Indian Sunni Sufi scholar and journalist Ghulam Rasool dehlvi , Yaseen Misbahi , President of All India Sunni Ulema Board in India and Dr Tahir-ul-Qadri , Hamid Raza , Mufti Gulzar Naeemi and other Sufi Sunni scholars in Pakistan .It is fact that 99 % terrorists involved in attack on shrines , Mosques , processions of Ashora of Muharrum and day of birth of Hazrat Muhammad (PBUH) , Sufi Sunni genocide , Shia genocide belong to Deobandi school of thought and 95% of total leadership of so called Jihadi sectarian terrorists organization came from Deobandi religious seminaries and rest from some Salafi and Jamat Islami seminaries.

Mr Arshad Madni President of Jamiat Ulema Hind (JUH ) Principle of Dar-ul-loom Deoband Numani Sahib have firm relations with Saudi Salafi clergy and regular visits of Dar-ul-loom at Deoband have been made by official of Saudi Embassy in India and officials of Saudi Arabia and this seminary is getting huge funds from Gulf states . Un-fortunately like Pakistani mainstream media western media is also marginalizing Sufi Sunni face of Islam which have majority school of thought in South Asia .Radical exteremist anti Sufi Sunni , anti Shia Takfiri Salafi ideology is being proliferating in the name of Deobandi Sunni Islam in South Asia with the help of Deobandi clergy with huge funding from Saudi Arabia.

Current Deobandization of Pakistan , India and Bangladesh is not like earlier effort of earlier Deobandization made by founders of this school of thought like Qasim Nanutvi and others who were close to Sufi Sunni Islam although with litter reformist way . Current process of Deobandization of South Asia is another name of hegemony of Saudi Salafi radical sectarian anti Sufi Sunni , Shia provoking ideoly which was being rejected in past by Deobandi clerics and leaders like Mufti Mahmud Hassan founder of JUH , Hussain Ahmad Madni father of Arshad Madni and they wrote books against founder of Wahhabi movement Muhammad bin Abdulwahhab .Transformation of Deobandism from moderation to radicalism is evident and clear but alas ! Mr Victor has ignored or obfuscated this transformation in his article fully.